COLOMBO (News 1st): – Opposition leader Sajith Premadasa states that the UNP has not written to any individual or group. During a meeting with the UNP local government representatives in Colombo today (January 26), the Opposition Leader stated that he is ready to give the people the alternative they expect in the general election.

The Local Government Representatives and Candidates of the United National Front met in Colombo this afternoon (January 26) under the patronage of Opposition Leader Sajith Premadasa. The meeting which was held under the title, “Aluthin Hithamu – Nagitimu.” was attended by many party leaders who represented the UNF.

“Engaging in deceitful politics and striking deals with others are not suitable for our party, our alliance or our country. We have to embark on definite change if we are to go forward. Old methods are not valid anymore. Especially as a party, we have to ensure democracy within our party. Remember this well, we will never split or breakaway. Our unity will not be achieved by striking deals with our opponents. When you leave this place, please take it to heart that we will embark on an entirely new journey headed towards the victory of the General Election. We will get there. This party is not handed over to anyone. Hundreds and thousands of people are waiting for a new solution to be presented at the General Election. We are ready to give you that solution. We are ready to take you on that new journey. I ask you to be strong to embark on this new journey with us. I ask you to raise your hand if you are willing to embark on that journey with as democrats.”

“I believe that this village is a village that is a part of the party. Just like those in Colombo 7 claim ownership, the opposition leader, the leadership and all of us have to understand as to what will happen if what we do not do what the supporters require from the party. I still ask the opposition leader, let us go to the street, We will not get power served on a platter. you have to fight for that power.”

“Some say that we lost the fight because of the organizers. It is not a problem of the organizers. It is a problem of the party. On the 15th of February, the Rajapaksa government will give jobs to 100,000 people. Another 54,000 graduates will receive employment. We couldn’t even provide 100 jobs during the last four years. We failed to create a proper organization. What has happened today? The bond scam created a loss, in the era of the Rajapaksa a bond scam of Rs 10.4 billion was done. That doesn’t mean that it didn’t happen during our time. 6.2 million people paid the price for our mistake. We challenge them to take judicial action forward against both the scams. Bring Arjuna Mahendran and Ajith Cabraal both before the law. 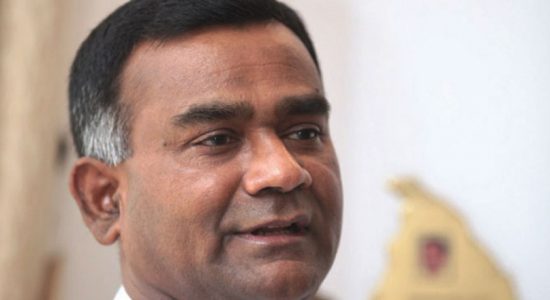