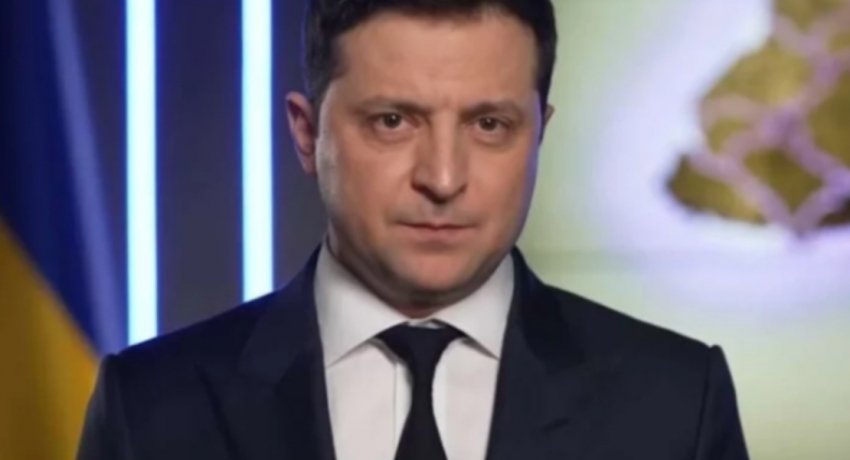 (NDTV); Ukrainian President Zelensky says that several countries experiencing food and fuel shortages due to the disruption in the supply chain have benefitted Russia’s agenda.

Basically, the Ukrainian President Zelensky blamed Russia for causing unrest in Sri Lanka as well as around the world due to the blocking of food products during the invasion of Ukraine.

One of the major tactics Russia has used in their invasion of Ukraine is the creation of an “economic shock,” Zelenskyy said, adding that several countries experiencing food and fuel shortages due to the disruption in the supply chain have benefitted Russia’s agenda.

Highlighting the crisis in Sri Lanka during a recent address at the Asian Leadership Conference in Seoul, he further said “The shocking food and fuel price hikes led to a social explosion. No one knows now how it will end.”

War in Ukraine has left an estimated 1.6 billion people in 94 countries exposed to at least one dimension of finance, food, or energy crisis, with around 1.2 billion living in “perfect-storm” countries severely vulnerable.

Amid the ongoing protests, Sri Lanka’s now acting President, Wickremesinghe stepped down from his post of Prime Minister due to the escalation in violence and protests in the country.

Sri Lanka is suffering its worst economic crisis since gaining independence in 1948, which comes on the heels of successive waves of COVID-19, threatening to undo years of development. Notably, the oil supply shortage has forced schools and government offices to close until further notice. Reduced domestic agricultural production, a lack of foreign exchange reserves, and local currency depreciation have fuelled the shortages.

Moreover, due to the ongoing conflict between Russia and Ukraine, the increase in hunger since the start of the war is only ascending. The number of severely food insecure people doubled from 135 million prior to the pandemic, to 276 million over just two years. The ripple effects of the war could push this number to 323 million.

The Group of Seven (G7) leaders during the recently held summit also discussed the impact of Russia’s war on food and energy supplies including the global economy and said the bloc is determined to support Ukraine in producing and exporting grain, oil, and other agricultural products. They called upon Russia to cease, without condition, its attacks on agricultural and transport infrastructure and enable free passage of agricultural shipping from Ukrainian ports in the Black Sea.

In a recent agreement between the Russian Federation and Ukraine, a months-long blockade of grain deliveries via the Black Sea will break, the UN Secretary-General Guterres said in a statement calling it a critical step forward in ensuring the safe and secure export of Ukrainian products.