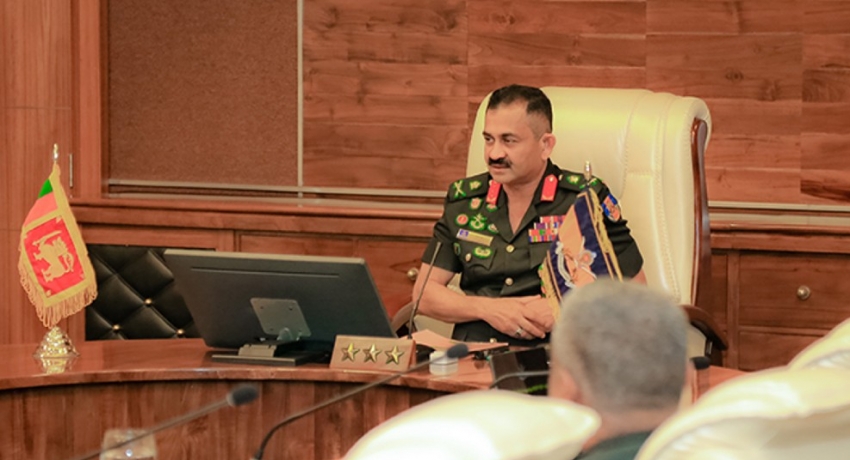 COLOMBO (News 1st); The Sri Lanka Army is set to embark upon another project of national and timely importance established its Green Agriculture Steering Committee of the Army (GASC) on Thursday (16) in order to supplement and promote the island’s food security program by cultivating more than 1500 acres of barren or abandoned state lands across the country.

The emergency project to be kicked off by early July this year as a supportive mechanism to the government’s cultivation drive is spearheaded by Lieutenant General Vikum Liyanage, Commander of the Army with Major General Channa Weerasooriya, Deputy Chief of Staff, nominated as the Head of the overall management of the GASC, comprised of Major General Indu Samarakoon,

At the inaugural session, Lieutenant General Vikum Liyanage, Commander of the Army briefed the new committee on the scope of the national endeavor and how the Army could join hands with the agricultural sector to reach national goals and multiply food production process through immediate cultivation of unattended lands to avert any shortage of food varieties in future.

As the first phase, island-wide Army troops would prepare ground soil in those state lands by weeding, tilling and preparing beds for cultivation of selected seed varieties in consultation with agricultural experts, agrarian officers and knowledgeable officers in the Army Directorate of Agriculture & Livestock which is already maintaining 16 Army-managed farms and 6 Battalions of Sri Lanka Army Corps of Agriculture & Livestock round the country.

In addition, all Security Force Headquarters and formations round the country are currently screening possibilities of adding their weight to the task at regional level and exploring the ability of using unattended state lands and paddy fields for the same purpose as Protectors of the Nation. The identification of state lands at regional level is to be effected in close consultation with respective Governors, District and Divisional Secretariats, Land Officials and Grama Seva officials before commencement of preliminary ground-preparing work in selected lands.