COLOMBO (News 1st); A vessel has been intercepted in a likely attempt to illegally enter Australia from Sri Lanka, says the Australian Border Force.

Issuing a statement, the Australian Border Force stated that those who seek to reach Australia illegally will be intercepted and will be safely returned to their point of departure or country of origin.

Measures and safeguards are in place to enable actions and activities to be undertaken in accordance with Australian domestic law and Australia’s obligations under international law, the statement further read.

Meanwhile, the Prime Minister of Australia, Scott Morrison speaking to media amidst the election campaign amentioned that the vessel has been intercepted in accordance with the policies of Government and they are following those normal protocols. 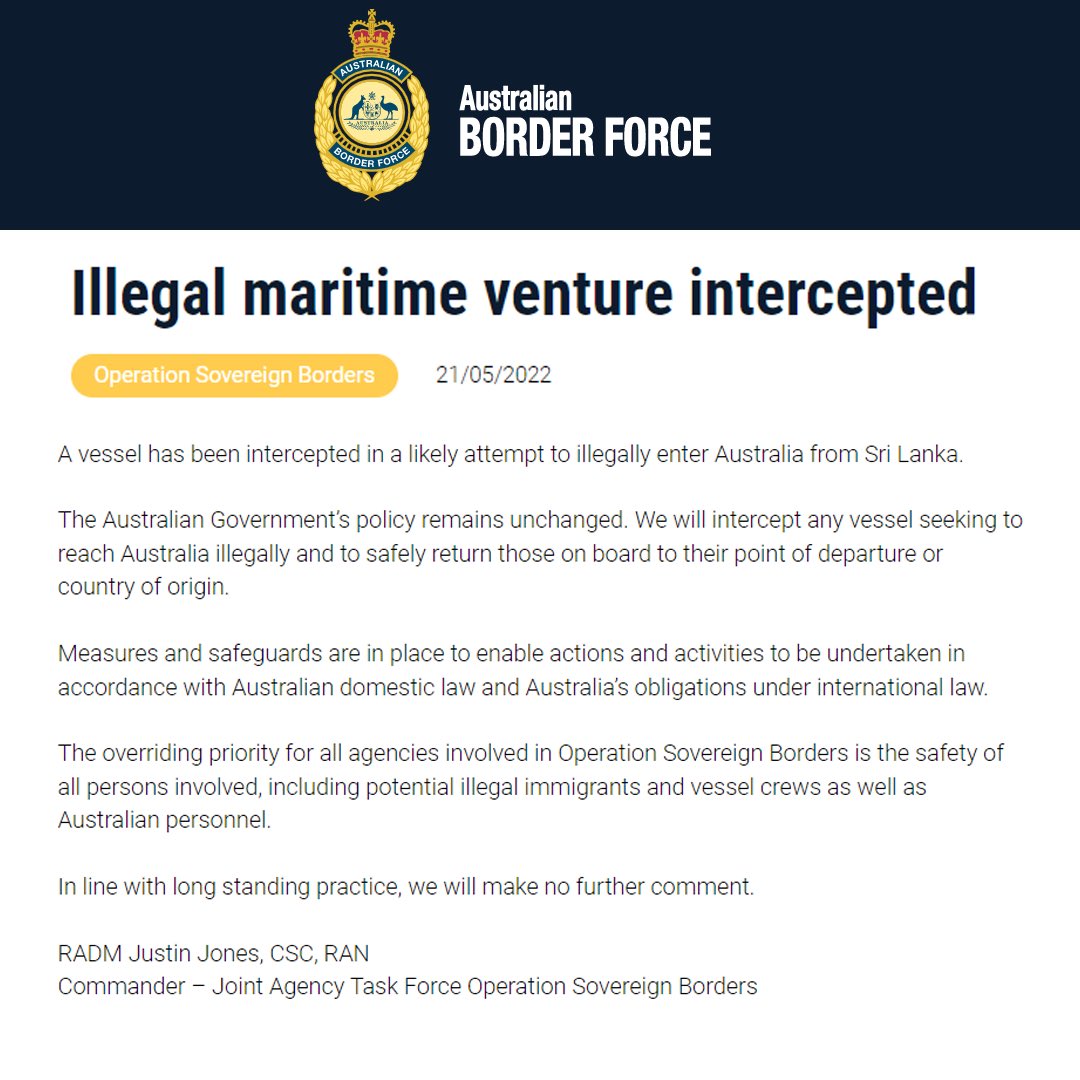