COLOMBO (News 1st); To be in parallel with the ‘Victory Day’ (May 18) Chief of Defence Staff and Commander of the Army, General Shavendra Silva with the approval of President Gotabaya Rajapaksa, promoted a total of 396 Officers and 8110 Other Ranks who are eligible for their next rank with effect from today (18).

Chief of Defence Staff and Commander of the Army, General Shavendra Silva in a special message on the commemoration of 13th Anniversary of the War Heroes’ Day aka ‘Victory Day’ (May 18) assured that the brave War Heroes who brought freedom to our country 13 years ago would continue to ensure national security as the priority and protect all Sri Lankans and the country even during present challenging times.

Message by Commander of the Army:

“Today marks the 13th anniversary of the liberation of the motherland from the clutches of LTTE terrorists by clearing the final inch of the land and defeating the LTTE terrorism which remained a threat to the sovereignty and territorial integrity of the democratic socialist Republic of Sri Lanka.

It has been thirteen years since the last Wanni humanitarian operation on May 18, 2009, liberated the country from the last inch of the LTTE’s control in Sri Lanka. I, as the Chief of Defence Staff and Commander of the Army, who commanded the 58 Division during that period in the Wanni humanitarian operations issue this message on the 13th anniversary of commemoration with pride and dignity.

I believe you would remember that the humanitarian operations in the East were compelled to be launched against the backdrop of the failure of all attempts even at international level to bring peace to the country. The beginning of this humanitarian operation was prompted by terrorists by closing the sluice gates of Mavilaru which provides water to civilians, a vital humanitarian need of the public. I believe that the liberation of the entire country from LTTE terrorism in 2009 after the liberation of the entire East from terrorism by heroic War Heroes is an important milestone in the history of Sri Lanka. It is with great pride that I recall the pioneering role of the victorious 58 Division which liberated the country as the then General Officer Commanding of the 58 Division. Likewise, the national leadership which guided us to achieve this victory through the collective efforts of the tri-service Commanders, chiefs in defence establishments and patriotic senior and junior commanders who were commanding along with me at that time and many brave soldiers who underwent numerous hardships, some being confined to dense jungles in the battlefield, deserves my praise and appreciation and is recalled with respect and admiration.

At the same time, I believe all Sri Lankans would continue to remember forever with deep respect the noble dedication and commitment, largely contributed by Army War Heroes for defence of the country’s territorial integrity and sovereignty after defeating the LTTE. It is equally a matter of pride for us because humanitarian operations were able to rescue a large gathering of besieged Tamil civilians who were used by LTTE terrorists as human shields. On this historic day, let me recall with deep respect and gratitude to the memory of fallen War Heroes, wounded War Heroes, civil staffers and all others who fell victim to terrorism during the period before May 2009 while sacrificing their valuable youth and lives and also by undergoing various hardships.

Similarly, former Commanders of the Army, All Ranks and Civil Staffers, family members of All Ranks are remembered with dignity and respect on this day for their excellent contribution towards the culmination of the 30-year long battle against terrorism.

All dear Sri Lankans, I assume, will always remember the leading role and contribution played by proud members of the Sri Lanka Army in safeguarding the interests of the country and the nation at all times. During eradication of terrorism, disaster relief, and Covid-19 epidemic control, the Army in various capacities, regardless of the risks to own life has come to your rescue and assistance. It is no secret that the Army has unhesitatingly contributed to the development of the country, economic development and public welfare of the country as well and as the Chief of Defence Staff and Commander of the Army, I take this opportunity to thank all Sri Lankans and Media for the invaluable cooperation, extended to the Army on all above occasions.

The demands of the general public, broke out due to economic crisis in Sri Lanka subsequently escalated into violence in the last few days at the instigation of various elements and I would like to extend my sincere appreciation for the restraint and understanding you as patient and disciplined soldiers, showed towards restoring law and order in the country. I also emphasize that our primary responsibility as the Security Forces in the country is to create the necessary environment for all to live in peace while protecting the property and lives of the State and its citizens. Also, I would like to remind you that in such a challenging situation, we cannot allow various groups to pursue personal gains and achieve their objectives, and we need to be vigilant in this regard.

I would also like to remind you that in the midst of challenging times, the Army is continuing to implement the five year strategic plan for the welfare of you, retired War Heroes and the families of those War Heroes and dedicating to serve the public as the ‘protectors of the country and her people’.

Similarly, let me tell you that timely improvements and structural changes that need to take place in the Armed Forces are being effected in a methodical manner. I would also like to mention that a large number of eligible Officers and Other Ranks in the Army have been promoted to coincide with the 13th Victory Day in conformity with the annual official promotion procedures that could fill the existing vacancies in the Army.

I maintain that you, the disciplined War Heroes of the Army who have come forward to face every challenge, will continue to safeguard the freedom that was given to our motherland thirteen years ago, and would continue to fulfill the national responsibilities entrusted to you in the years to come, giving priority to national security. I believe that you will have the support and blessings of all the people of this country for this. Finally, I wish you the strength, courage and blessings to fulfill all the responsibilities of the Armed Forces in this challenging period of our motherland at present and help to maintain law and order in the country, and safeguard lives, public and private property”.

May you all have a victorious future! 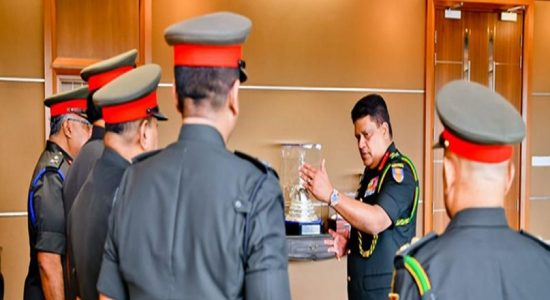 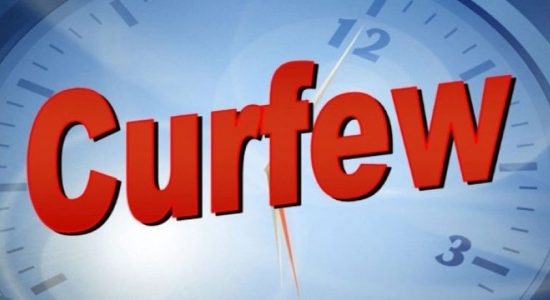