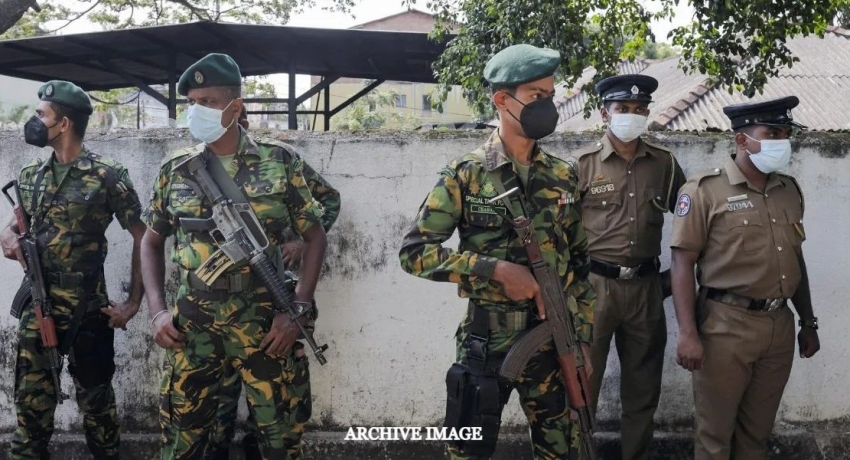 COLOMBO (News 1st); 13 people who were injured in the unrest that broke out in the town of Rambukkana, Sri Lanka remain in hospital undergoing treatment. The Director of the Kegalle Hospital said that three of the injured are in critical condition.

According to reports from Sri Lanka Police, 15 Police Officers were injured in the incident and they are receiving treatment in hospital.

One person died after police opened fire at a group of protestors who were obstructing the Rambukkana Railway Crossing for almost 15 hours on Tuesday (19).

POLICE ORDER TO SHOOT BELOW THE KNEE & PROBE UNDERWAY:

The group had thereafter obstructed the railway tracks in Rambukkana from the railway crossing, obstructing the movement of vehicles, he added.

The IGP went on to note that the Rambukkana Police thereafter intervened and took measures to direct two fuel bowsers to the area to control the situation.

“However, the group of protestors did not allow the first fuel bowser to cross the tracks and forced it to stop in the middle of the road. Thereafter, they removed the battery and let the air out of the tires making it impossible for the bowser to move,” said the Police Chief.

He went on to note that the second fuel bowser was also forcibly detained by the protestors who were demanding that fuel be sold for the rate before the price hike was imposed while behaving in an unruly manner.

The IGP said that due to this situation trains were not able to operate along the tracks and scores of passengers were forced to wait on either side of the tracks across several train stations.

He said that in order to main order and peace, Sri Lanka Police had repeatedly warned the protestors to move away from the location since morning on Tuesday (19).

The IGP noted that the group that was behaving in an unruly manner for almost 12 hours set fire to a three-wheeler, and then attempted to set fire to a fuel bowser.

“At that moment, Sri Lanka Police decided to charge batons to prevent the arson attempt as they were disregarding the police warnings. As they continued to behave in an unruly manner, tear gas was fired to control the situation,” he said.

The Police Chief also noted that a group remained on the scene while many dispersed. The group that remained started hurling stones at the police officers.

He said that Police Officers fired shots into the sky to control the unruly protestors, and as they failed to disperse an order was given to shoot below the knee.

The Police Chief said that an Assistant Superintendent of Police and 11 police officers were injured in the incident.

IGP C. D. Wickremeratne urged the general public to refrain from resorting to violence, and assist police officers to maintain law and order.

Further, the Police Headquarters has launched an investigation to determine if the police officers had used excessive force to disperse the protestors.

The Sri Lanka Human Rights Commission has called for a special report on shots being fired at protesters in Rambukkana.

President of the Bar Association of Sri Lanka President’s Counsel Saliya Peiris said the BASL is shocked and saddened at the loss of life in the incident.

He has called for an independent investigation, stating that the government must ensure that the police and armed forces act with utmost restraint in light of the genuine grievances of protesters.