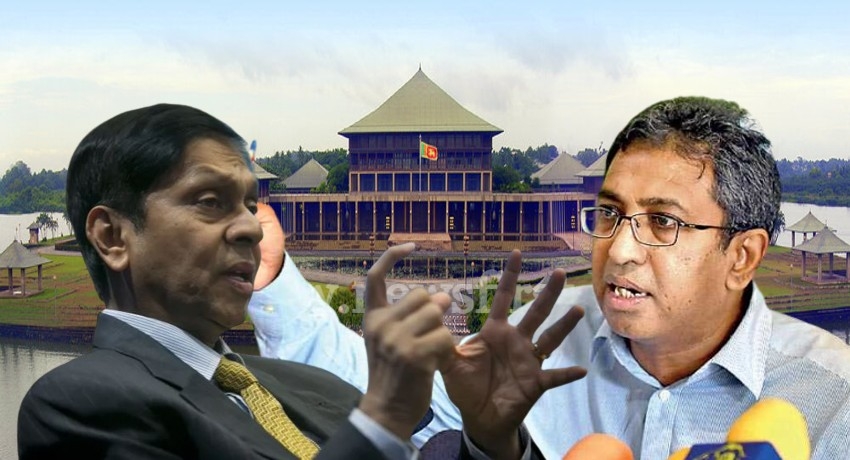 COLOMBO (News 1st); Sri Lanka’s Central Bank Governor has noted that NO disrespect was intended on Parliament’s Committee on Public Finance, for not appearing before them.

Samagi Jana Balavegaya MP Dr. Harsha De Silva on Thursday (24) revealed in Parliament that the Central Bank Governor and the Monetary Board were instructed by the Committee on Public Finance to appear before the committee to discuss the VAT increases, however, they disregarded the notice and failed to appear.

“This is an insult to Parliament,” said De Silva.

Dr. Harsha De Silva said Parliament is Supreme when it comes to any democratic matter, including Public Finance.

He slammed the Central Bank Governor and the Monetary Board of Mrs. Rani Jayamaha, Samantha Kumarasinghe, and Sanjeewa Jayawardena, PC for their failure to make an appearance at the Committee on Public Finance.

“The failure of Nivard Cabraal and his group to be present at the Committee on Public Finance is a blatant disregard of Parliamentary Traditions. No one has a right to do that. If that is the case, why do we need a parliament?” said the MP.

However, in a tweet on Friday (25) morning, Governor Cabraal noted that he explained to the Committee on Public Finance the importance of the presence of the Treasury Secretary for the meeting, as he represents the fiscal side.

The Governor said he and the monetary board would respond to the COPF request at a future date.

We explained to the Com on Public Finance that it was vital to have the #Treasury Secretary at the #COPF mtg (as he represents the Fiscal side) & would be ready to respond to their request at a future date. Absolutely no disrespect to COPF or @ParliamentLK. @CBSL #SriLanka pic.twitter.com/XfTseV4fSd