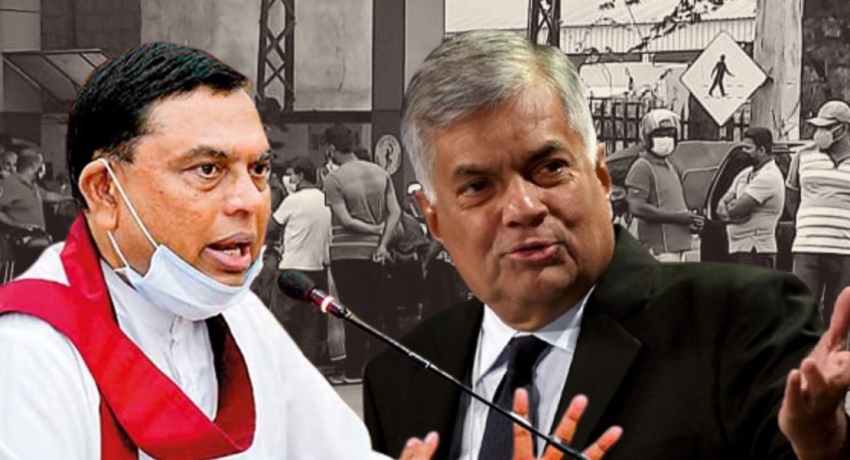 The argument broke out when the Former Prime Minister demanded the draft report of the International Monetary Fund to be furnished to Parliament.

“I cannot give you the draft,” said the Finance Minister.

Wickremesinghe said repeated requests for the IMF report on Sri Lanka were turned down by the Government, adding that this was the reason for many political parties to boycott the All-Party Conference.

Finance Minister Basil Rajapaksa said that Sri Lanka has not received the full report from the IMF, to which the Former Prime Minister responded that he was informed that the report in its entirety was submitted to the government of Sri Lanka.

Rajapaksa said that what Sri Lanka received was a draft, and the government would add its comments to it and the final report will only be released following IMF board approval.