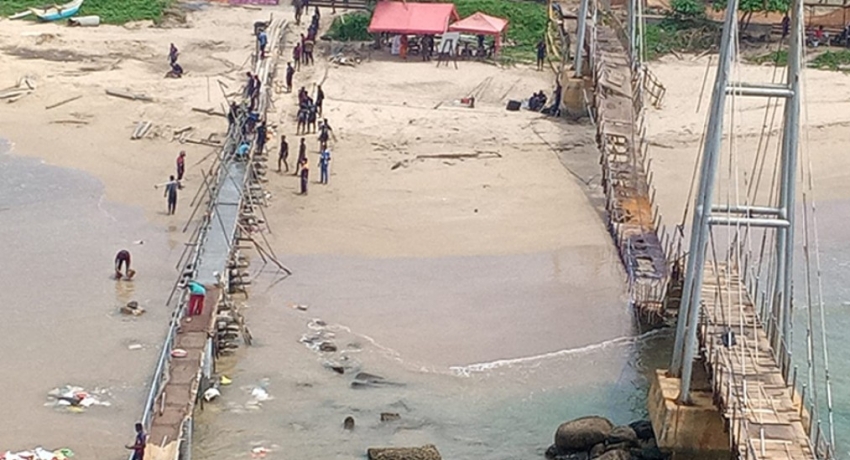 The bridge leading to the island collapsed into the sea on March 4th, injuring several people who were travelling on the bridge.

This temporary bridge has been built until a permanent bridge is constructed with the contribution of the Army.