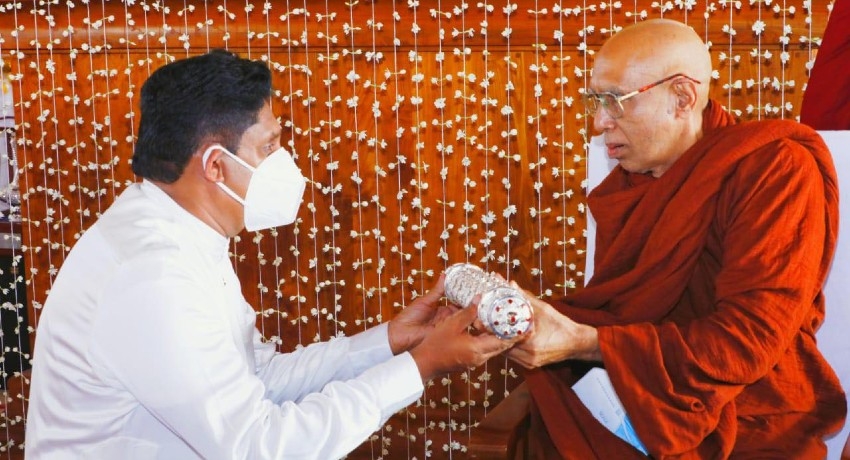 He was bestowed the title by the Chief Prelate of the Sri Lanka Ramanna sect the Most Venerable Makulewe Sri Wimala Thero, at the Ramanna sect.

The title was given honoring the social, traditional, and religious services rendered by the Opposition Leader.

The Chief Sangha Nayaka of the Sri Lanka Ramanna Sect of Southern Sri Lanka, Ven. Dr. Omalpe Sobhitha Thero stated that while politicians always think about the next election, a leader thinks about the next generation and the future.

Opposition Leader Sajith Premadasa, speaking at the event said that due to mismanagement of human resources and under-appreciating the human resource have led to intellectuals migrating out of the country, therefore, one of his main objectives is to create a program to bring them back by appreciating them.

“The condition in which the state that once was self-sufficient in South Asia is sad. May the triple gem bless us in our efforts to revive the country. We know that blessing will be bestowed upon us,” he mentioned at the ceremony.