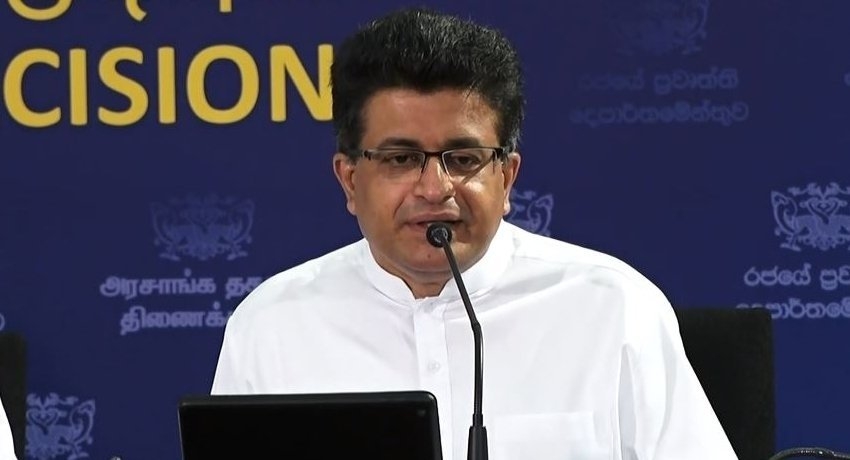 This is the country’s problem, not only of the Government’s: Gammanpila

This is the country’s problem, not only of the Government’s: Gammanpila

COLOMBO (News 1st); We admit that there is a crisis, says Minister of Energy, Udaya Gammanpila.

Responding to Opposition Leader Sajith Premadasa in Parliament today (24), the MP stated that for more than a year, the Government itself cautioned of a foreign exchange crisis, and it has become the country problem, and not only the Government’s problem.

If the Government is wrong, the Energy Minister continued, tell us what we should do. We will accept our mistakes and will try to rectify them as it will not be only the Government that is affected, but the entire country, he added.

Speaking further, the MP clarified the remaining stocks of fuel in the country.

According to Minister Gammanpila, Sri Lanka possesses octane 92 petrol for 10 days, octane 95 for 40 days, and super diesel for 8 days.

Furthermore, he said that Sri Lanka is due to receive more stocks, while out of the fuel stocks that have been received so far, 6,000 metric tons are to be given to the Ceylon Electricity Board, and 4,200 metric tons to the Sojitz Power Plant.

Moreover, he said that according to the tender awarded to purchase furnace oil, Sri Lanka will receive 30,000 metric tons of furnace oil by the 3rd of March, and if letters of credit are opened on the correct date, the government will be able to ensure a continuous supply of fuel for thermal power plants.

The Minister said that they hope to import fuel for 500 million US dollars under the Indian credit line scheme.

The Sapugaskanda oil refinery produces 900 metric tons of furnace oil daily, however, the country will need 1.2 billion US dollars to import fuel in the next three months, which is expected to be sufficient to last for six months, he added.