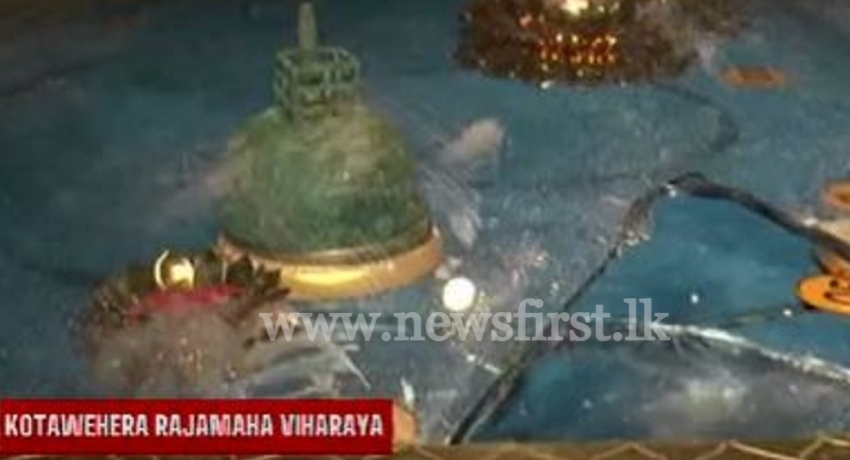 COLOMBO (News 1st); Sri Lanka Police is to award a cash prize of Rs. 2.5 million for reliable information on the theft of golden artifacts, including caskets, that were placed at the Kotawehera Rajamaha Viharaya in Rambukkana.

Police Headquarters in a statement said confidentiality will be assured for the information provided.

The Criminal Investigations Department has set up dedicated telephone numbers for the general public to provide information.

Several artifacts that were stolen from a temple in Rambukkana on Saturday (12) are yet to be recovered.

This has prompted calls for more protection to be given to Sri Lanka’s artifacts.

Five ancient gold caskets and three crystal caskets that were placed at the Kotavehera Raja Maha Viharaya in Rambukkana were looted on Saturday (12).

The department of archaeology earlier said carbon dating tests carried out on the casket discovered in 1956 have revealed that it dates back to 250 BC.