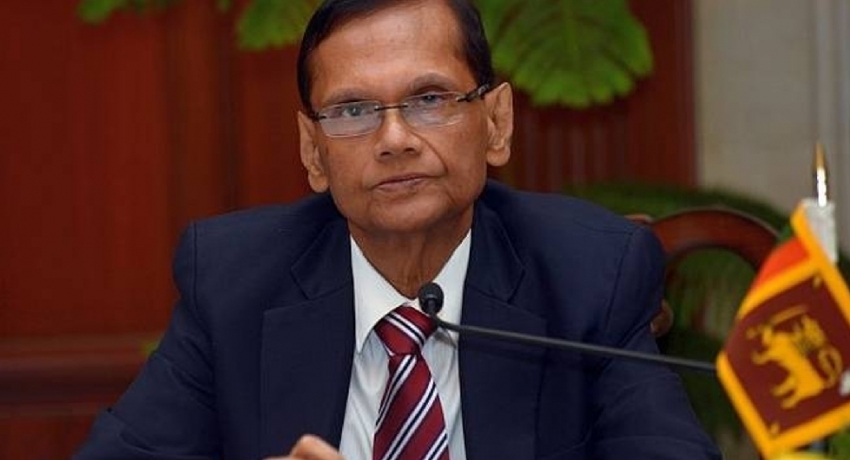 The meeting between Minister Peiris and National Security Advisor of India Shri Ajit Doval was held on 08 February.

The National Security Advisor of India and the Foreign Minister of Sri Lanka discussed a range of issues pertaining to the mutual strategic interests of the two countries. The status of the bilateral relationship was reviewed and priority areas for future cooperation were discussed.

During the visit, Foreign Minister Peiris met with his counterpart Dr. Jaishankar and the National Security Advisor of India Shri Ajit Doval.

The meeting between the two Ministers, followed by delegation-level talks was held on 07th February at the Ministry of External Affairs in New Delhi.

During the meeting, Minister Peiris thanked the External Affairs Minister of India for the invitation and the warm hospitality extended to him and his delegation.

Observing that the relationship between India and Sri Lanka has evolved from a transactional relationship into a strategic partnership, Foreign Minister Peiris stated that it is increasingly recognized by the people of Sri Lanka that India is a true friend whom Sri Lanka can rely on at all times.

In this context, Minister Peiris appreciated the financial assistance that the Government of India has extended to Sri Lanka to the tune of 2.4 billion USD at this critical juncture. Minister Jaishankar assured that the long-standing friendship between the two countries will always be a source of support to Sri Lanka.

Particular attention was drawn to the energy security of Sri Lanka, and referring to the recently inked Trincomalee Oil Tank Farm agreements, Foreign Minister Peiris stated that it signals a closer integration between two countries, resulting in substantial benefits; a win-win situation for both.

The prospects for renewable energy cooperation, particularly in wind and solar power sectors were also discussed at the talks.

Focussing on the economic development in Sri Lanka, the discussion centred on the potential for Indian investments in priority sectors such as pharmaceuticals, food processing and manufacturing for which Minister Peiris invited Indian investments.

The ways and means to harness the growing Indian outward tourism to revive tourism industry in Sri Lanka were also discussed.

With a view to maintaining the momentum of the trajectory of the Indo-Lanka relationship, the Ministers agreed on the early finalization of several agreements and MoUs in the areas of defence, culture and education, that are pending between the two countries.

During the talks, Foreign Minister Peiris also raised the fisheries issue with the Indian External Affairs Minister. Terming it as a ‘flashpoint’, the Foreign Minister pointed out that it has become a recurring issue, assuming a different complexion. The two sides agreed on the urgent need to convene all bilateral mechanisms in this regard.

Minister Peiris extended an invitation to Minister Jaishankar to undertake an official visit to Sri Lanka in March this year. He also stated that Sri Lanka is very much looking forward for Prime Minister of India to visit Sri Lanka for the forthcoming BIMSTEC Summit in March 2022.

The Foreign Minister, during his visit to New Delhi had a number of interactions with prominent Indian print and electronic media as well.