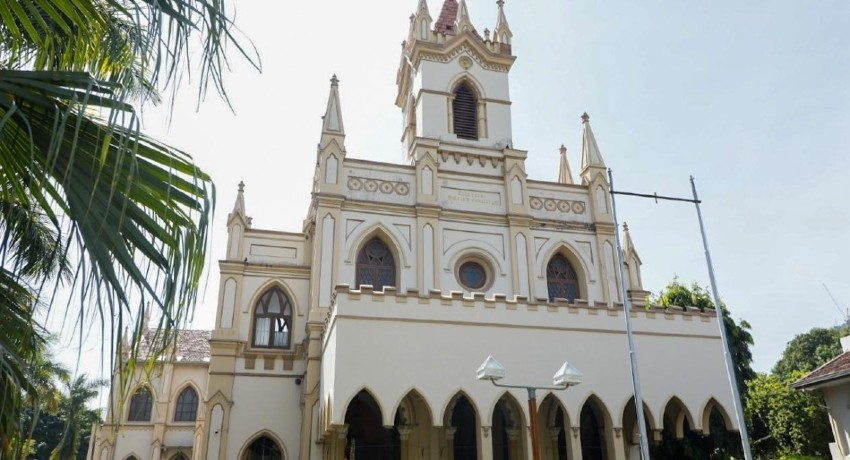 COLOMBO (News 1st); The Colombo Crimes Division has launched an investigation to arrest an individual known as ‘Ranale Ruwan’ with regard to the discovery of a hand grenade at the All Saint’s Church in Borella, Colombo.

Detectives said that ‘Ranale Ruwan’ is said to have provided the hand grenade in question.

Sri Lanka Police said that the hand grenade was placed at the Church in Borella on the instructions of a retired doctor from Piliyandala, who was arrested on Monday (17).

Investigations carried out by the Colombo Crimes Division revealed that a suspect detained by the Colombo Harbour Police is believed to have placed the hand grenade at the Church in Borella, and he was identified as a 65-year-old from Panamure.

Police said that the suspect had visited the All Saint’s Church in Borella on the day of the incident, and his presence was captured on CCTV.

According to Sri Lanka Police, investigations revealed that the hand grenades discovered at the Bellanvila Temple and Lanka Hospital in 2021, were placed on the instructions of the 75-year-old retired doctor who is already in police custody.

Sri Lanka Police suspect that the doctor may have resorted to such action due to the trauma he suffered following the demise of his wife.

However, Oshala Herath, the son of the arrested doctor, who is also a social and political activist, has denied the allegations made against his father.

Earlier, Sri Lanka Police arrested three workers from the church over the incident.

He flayed Sri Lanka Police over its handling of the investigation adding that authorities were presented a cooked-up story instead of revealing the truth.

His Eminence said detectives have only examined CCTV footage recorded from 3 PM the day the grenade was discovered and not from the morning, adding that morning footage clearly shows a man acting in a suspecting manner.

The Cardinal also made public the CCTV footage, and Sri Lanka Police is pursuing the investigation using the footage as well.