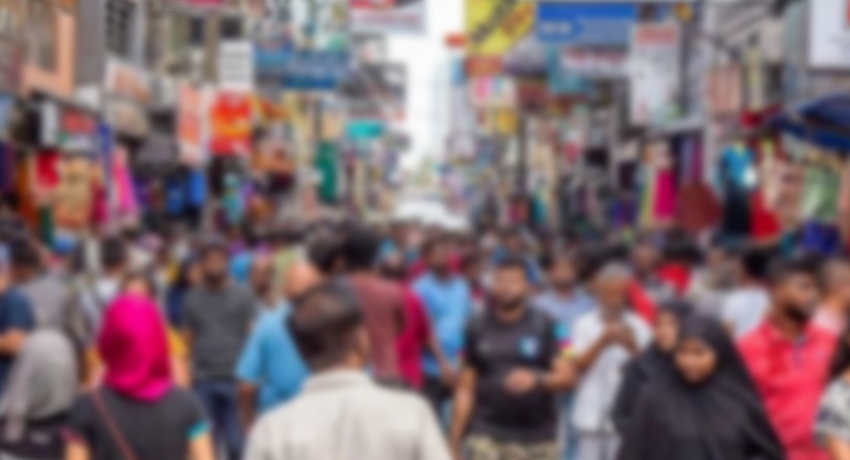 COLOMBO (News 1st); In Britain, officialdom ruled that the expenditure incurred in refurbishing the British Prime Minister’s residence had fallen foul of the rules. The Committee found that the Conservative Party had not fully complied with the rules surrounding political donations because it had failed to report the matter of funding ‘properly’ or to be less quaint and more direct, the matter was declared improperly. Read outside of the rules.

Now let us make an objective observation. Britain is one of the world’s greater economic outposts, London is an established and mature world-class financial centre, Britain is home to what the world knows as the cradle of democracy and wanna-be democrats all over the world will talk fondly of ‘the Westminster system’ of parliamentary work, so essential for democracy.

The British Prime Minister, for all the greatness that Britain is so well known for actually resides above the shop! The apartment Boris Johnson occupies is technically not quite above No 10 Downing Street but is above No 11 Downing Street which traditionally is the residence of the Chancelllor of the Exchequer – in our terms it would mean the residence of the Minister of Finance.

So the British Prime Minister to be politically correct, lives rather like an independent grocer who lives above the shop! The official residence of the French equivalent would be the Elysee Palace complete with its 365 rooms and 11,179 Sq Meters of space. Boris Johnson’s apartment above the shop does rather pale into insignificance.

So what was the fuss all about? Unlike President Sirisena of Sri Lanka who has been ‘given’ the house in Paget Road for the use of not only his lifetime but also that of his spouse, the British Premier’s apartment is merely held in trust for the next Prime Minister of Britain – not for Boris Johnson’s natural lifetime. That is unless dear Boris persuades his multi-ethnic citizenry to vote for him in the future again and again. An unlikely tale if ever there was one.

So the British authorities fined the Prime Minister’s party an almost insignificant GBP and let the matter rest. Valuable lessons have been learnt but back home in Sri Lanka hardly any matter of a serendipitous nature has taken place in comparison.

Take for instance the national treasure’s visit to Tirupati. The war-winning President’s office was quick to point out that the journey using a Lear Jet was not funded by the people of Sri Lanka. Now that is a remarkable disclosure especially when far less mundane matters are never acknowledged by politicians in Sri Lanka. War winning or otherwise.

Simply because he presided over a period when the military establishment took the steam out of the LTTE machinery does not necessarily follow that a grateful nation conferred upon him carte blanche to perhaps be compromised by anyone. Leave alone foreign entrepreneurs and politicians whose pursuits are almost all too certain to be shylock in nature – forever and a day seeking to eke out their own pound of flesh – read Port, Airport, Roads, Power Stations, emergency supplies of power and energy and farmlands and a veritable plethora of such expectations.

In the past we had the Yahapalanistas who ended up with unimaginable wealth – as imagined from the general public perspective. Is there any politician worth their salt who will question the Sirisenas – even if they are out of office – as to their relatively newish wealth?

Or will anyone dare question how Mahinda Rajapaksa moved from rented property in a sleepy fishing village called Tangalla to be influential enough to be offered the use of a Lear Jet to visit the shrine of wealth in India? We grant that in between he was a MP, Minister, Prime Minister and President twice.

Should this champion of human rights and seemingly a ‘patta’ good Sinhala Buddhist lend himself open to such influence and speculation and innuendo – especially when he hails from a family whose DNA if not his horoscope will reveal a more than patta Raja Yoga?

Especially because it is this country, our people, who gave him the support, the adulation and the vote too to let us all traverse on fabulous roads together – not just for the former First family to traverse the world whilst being cursed by the people for their largesse and the rest?

Cursed because the people do not want Lear Jet travel – the people want simple things like Power and Energy, petrol, kerosene, fail-safe gas cylinders, fresh vegetables organic or otherwise, pol sambal, coconuts, mallum and fresh vegetables and hey why not fresh fish too.

What is it about Sri Lanka that fails to question would be legislators as to their previous conduct, accomplishments and public-centric delivery?

All – well ok several – of our Presidents, Prime Ministers, Cabinet Ministers have amassed means which permit them to live the Rolls Royce Lifestyle meaning that there is hardly any legal basis to accuse them of corruption. Hence I chose my words carefully: they have acquired the means to access wealth and the trappings thereof. Studious use of off-shore jurisdictions appear to have served several rather well. If not for the likes of Julian Assange the world knowledge on some matters would be far less.

As for the people all they have acquired are largely inept, under-educated, drunk-with-power politicos who are utterly incapable of seeing beyond their collective noses.

The opposition parties continually point out the ruling party’s shortcomings, of which the people are fully cognisant of. Yet none of the Opposition parties have come out with a printed document at least privately entitled ‘Rising from The Ashes’ to manhandle Sri Lanka out of the economic mess we find ourselves in – in the main because we live a nice and laid back islander life.

Sri Lanka must collectively realise and appreciate that todays action reflects our tomorrow. Our citizenry must snap out of the malaise and realise that by simply leaving our shores to take advantage of new visa regulations around the world including in the West Asian cities surrounding Dubai, is only further driving the nail in our Sri Lankan coffins.

We must stand up and be counted. We must speak out when we hear our politicians spew forth rubbish. We must call it the way we see it. Let us now be assertive and not be subserviently quiet. We are the People. We Are in Charge of Our Destiny. We must not subcontract our greatness to a bunch of politicians who have lived and are living the High Life at our collective expense, Lear Jets, warts and all.

Let’s create the High Life for ourselves.