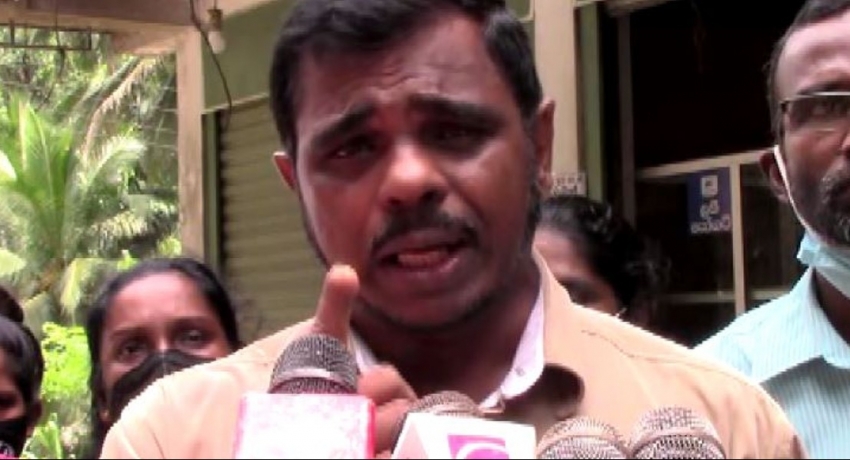 Public service is not a burden to the country: Nalin Hewage

Public service is not a burden to the country: Nalin Hewage

COLOMBO (News 1st); Public servants are not a burden to this country, but politicians are, says former Provincial Councilor Nalin Hewage.

Speaking to media, the former Provincial Councilor stated that corrupt politicians are the basis of the country’s problems.

The JVP politician further stated that the Government cannot be allowed to continue to exploit the people when it was public servants who made the country into what it is.

” This country was built by public servants, farmers, teachers and fishermen. But the country is now being exploited by corrupt politicians,” he stated.