According to the Meteorological Department, thundershowers accompanied by severe lightning are likely to occur at several places in Central, Sabaragamuwa, Uva, North-central and Eastern provinces and in Vavuniya, Mullaitivu and Hambantota Districts.

There may also be temporary localized strong winds during thundershowers. General public has been requested to take adequate precautions to minimize damages caused by lightning activity.

The Department of Meteorology advises that people should: 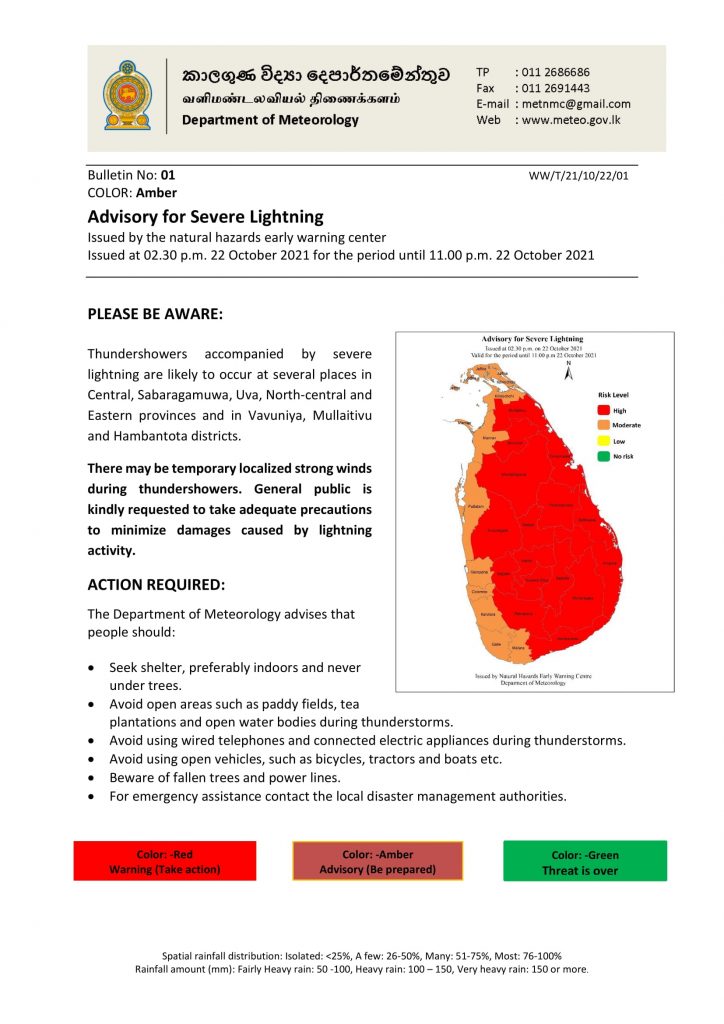