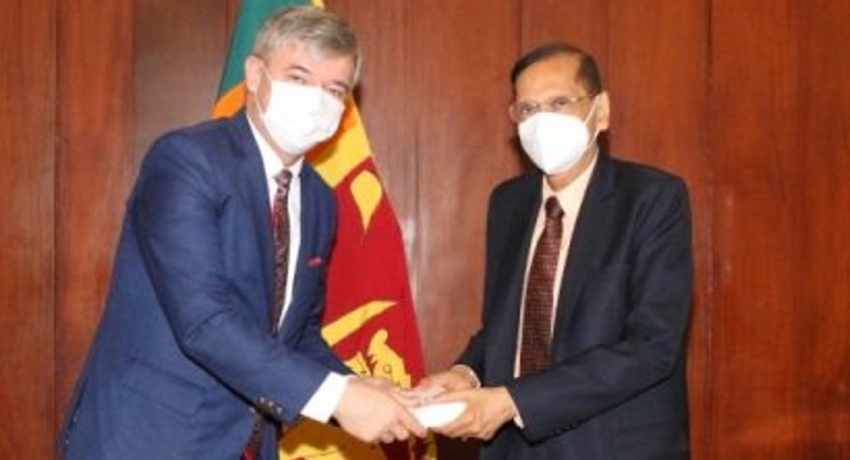 The Ambassador of the Czech Republic to Sri Lanka Milan Hovorka also expressed his special appreciation for the assistance extended to Czech nationals in Sri Lanka during the COVID 19 pandemic during the farewell call on the Foreign Minister.

Minister Peiris welcomed the visiting Ambassador (resident in New Delhi), and underscored the close and cordial relations existing between Sri Lanka and the Czech Republic.

Reciprocating the sentiments of the Foreign Minister, Ambassador Hovorka conveyed his deep appreciation for the strong support extended by the Government of Sri Lanka in further consolidating cooperation between the two countries during his tenure as the Czech Ambassador.

The meeting entailed discussion on the potential for expansion of trade, investment and tourism ties between Sri Lanka and the Czech Republic. Regional and multilateral issues of relevance were also discussed.

Moreover, the two sides agreed on the further expansion of bilateral cooperation in a manner suitable to contemporary requirements.