COLOMBO (News 1st); Police had introduced several alternate routes to reduce traffic congestion along Baseline Road due to the final stages of the construction of the New Kelani Bridge. 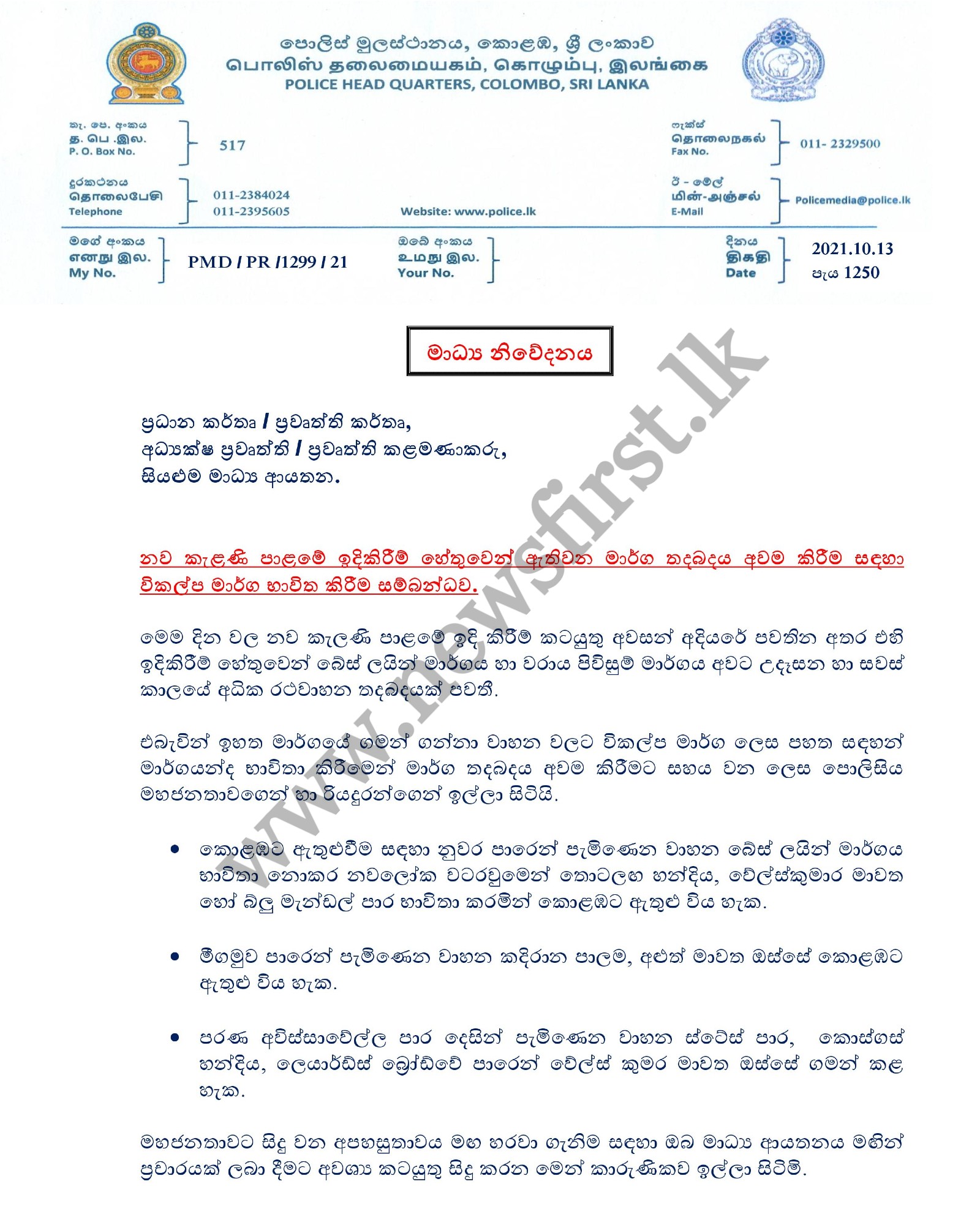