COLOMBO (News 1st): The Police Media Unit says that the CID has begun obtaining statements from close relatives of the Sri Lankan National who was involved in the Auckland terror attack.

The suspect, identified as a violent extremist of Sri Lankan Nationality, has been in New Zealand for 10 years and had been a person of interest to national security for about five years, New Zealand Prime Minister Jacinda Ardern said.

She also reiterated that the attack was carried out by an individual, not a faith, and that he alone bears the responsibility of the attack. 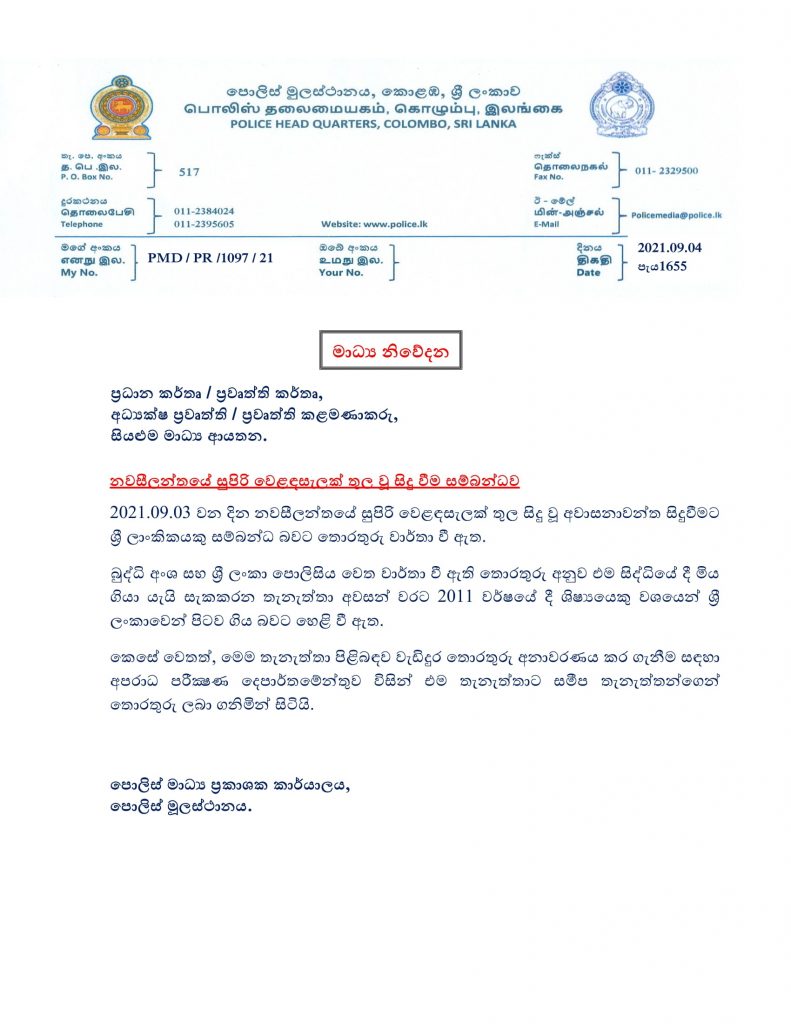