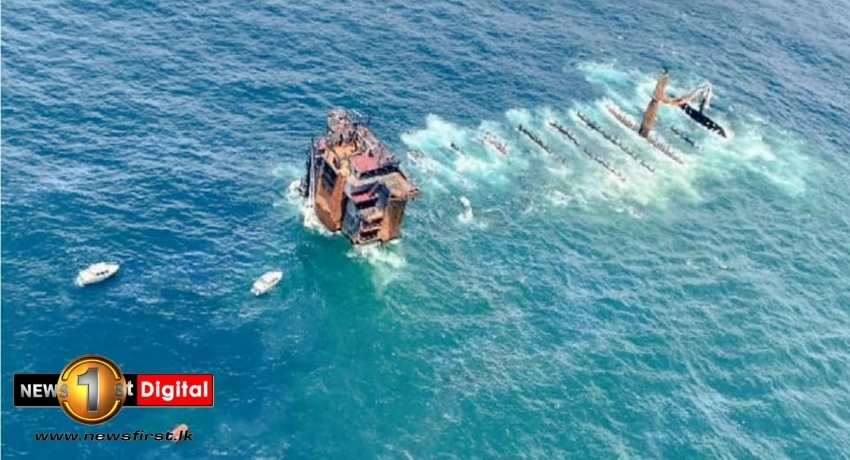 COLOMBO (News 1st); Steps have been taken to submit the relevant reports to the Attorney General to recover the expenses incurred due to the sinking of the X-Press Pearl container ship and compensation for losses incurred by the fishing community.

The Chairman of the Marine Environment Protection Authority, Attorney-at-Law Dharshani Lahadapura said that the relevant reports will be forwarded by the Attorney General to the ship’s owners.

Based on those reports, the remaining compensation due from May 20th to June 03rd will be recovered, she said.

The Chairperson said that the documents for obtaining compensation from June 03rd to July are already being prepared.

Meanwhile, steps have been taken to accelerate the evaporation of the oil sheen witnessed close to the wreck.

The Chairman of the Marine Environment Protection Authority, Attorney-at-Law Dharshani Lahadapura said that the work was being carried out by a company assigned by the ship’s owners.