COLOMBO (News 1st); A special operation carried out by the Navy in seas off from Thondamanaru to Mamunei in Jaffna on 31st July 2021 led to the seizure of about 109kg and 150g of Kerala cannabis along with 02 suspects and a dinghy used for the racket.

Sri Lanka Navy has been conducting regular operations in island waters to ward off illegal activities including the smuggling of drugs by sea.

As an extension of these operations, the Inshore Patrol Craft P 177 attached to the Northern Naval Command intercepted a suspicious dinghy heading landward, in seas off from Thondamanaru to Mamunei. During further search of the dinghy, 02 sacks of Kerala cannabis have been found by the Navy.

The operation also made way to apprehend 02 suspects and the dinghy used for this illegal act.

In addition, the Inshore Patrol Craft P 015 which carried out further search in the sea area also recovered another sack of Kerala cannabis drifting in waters.

As such, the Navy managed to take hold of about 109kg and 150g of Kerala cannabis in this entire operation.

Meanwhile, Commander of the Navy, Vice Admiral Nishantha Ulugetenne, who is on a visit to the Northern Naval Command, together with Commander Northern Naval Area, Rear Admiral Priyantha Perera shared a moment with those naval personnel engaged in this operation and appreciated their efforts.

It is suspected that the smugglers might have retrieved the stock of Kerala cannabis to the dinghy at the International Maritime Boundary Line (IMBL) to smuggle them into the island.

Meanwhile, the street value of the seized stock of Kerala cannabis is believed to be over Rs. 32 million.

The operation was carried out in compliance with COVID-19 protocols in place due to pandemic concerns.

The 02 suspects held in this operation were identified as residents of Point Pedro, aged 26 and 28.

The apprehended suspects together with the stock of Kerala cannabis and the dinghy will be handed over to the Point Pedro Police for onward legal action. 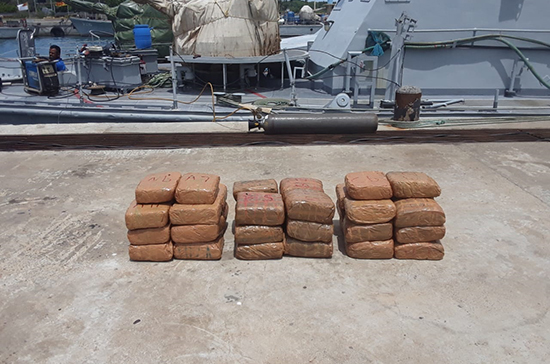 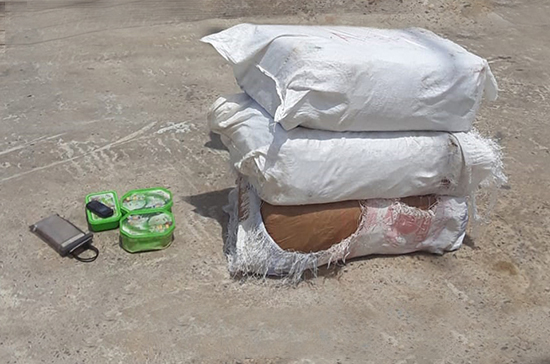 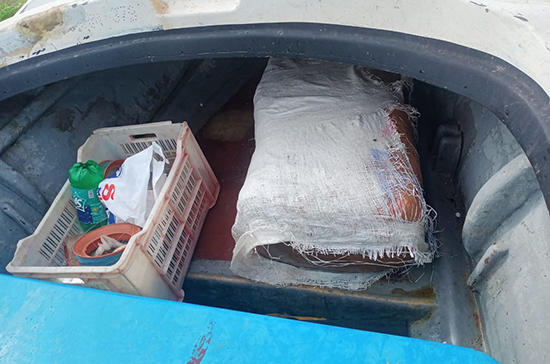 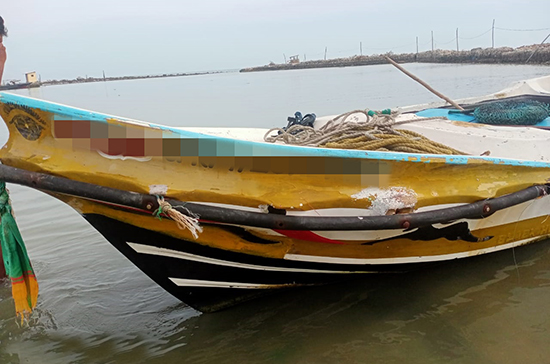 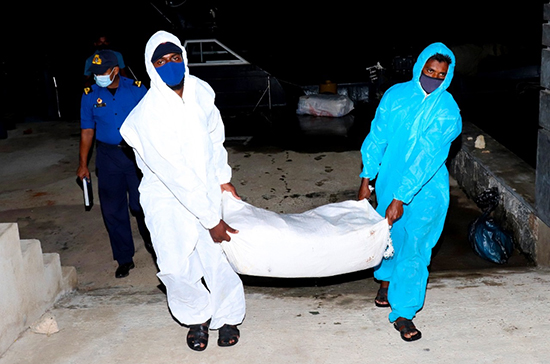 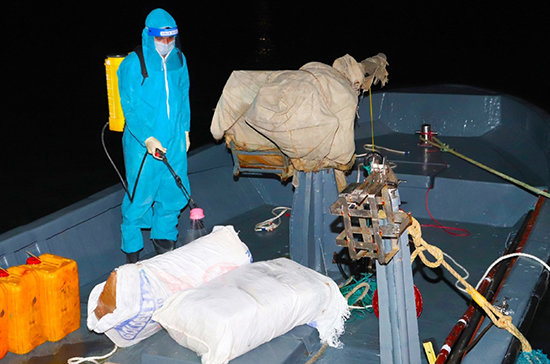 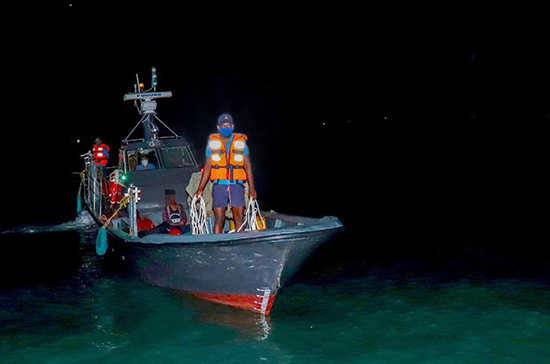