The amendment was handed over to the Secretary-General of Parliament on Monday (19) morning.

In accordance with Standing Order 43, the MP gave Notice of the following amendments to the Motion of no-confidence in Minister Gammanpila

1. In line 37, delete the word “Energy” and add the words “Energy and all other Ministers in the Cabinet”.

Wickremesinghe pointed out that ‘this Parliament resolves that it has no confidence in the competence of Minister of Energy Udaya Gammanpila and all other Ministers in the Cabinet to function as Cabinet Ministers any longer.’ 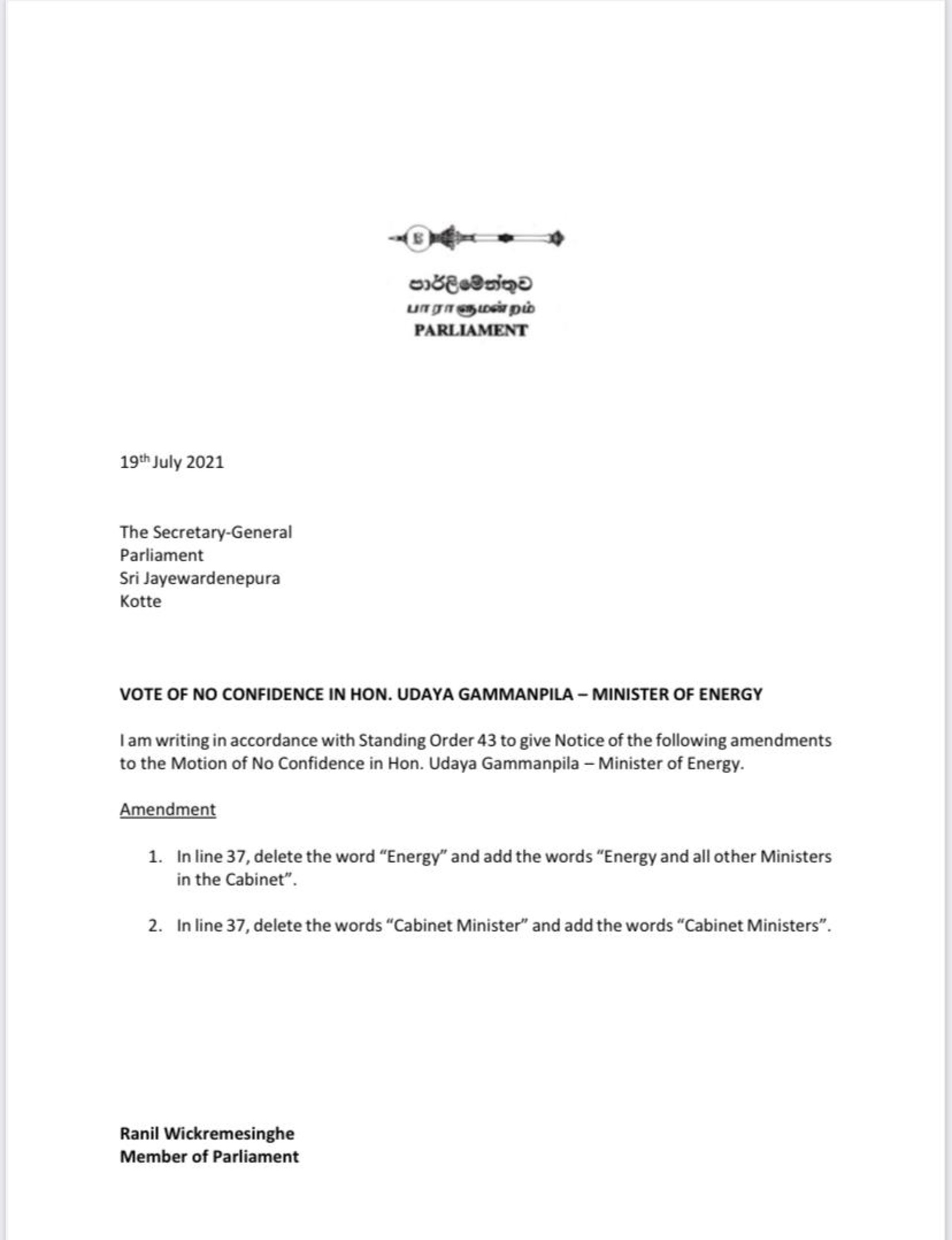 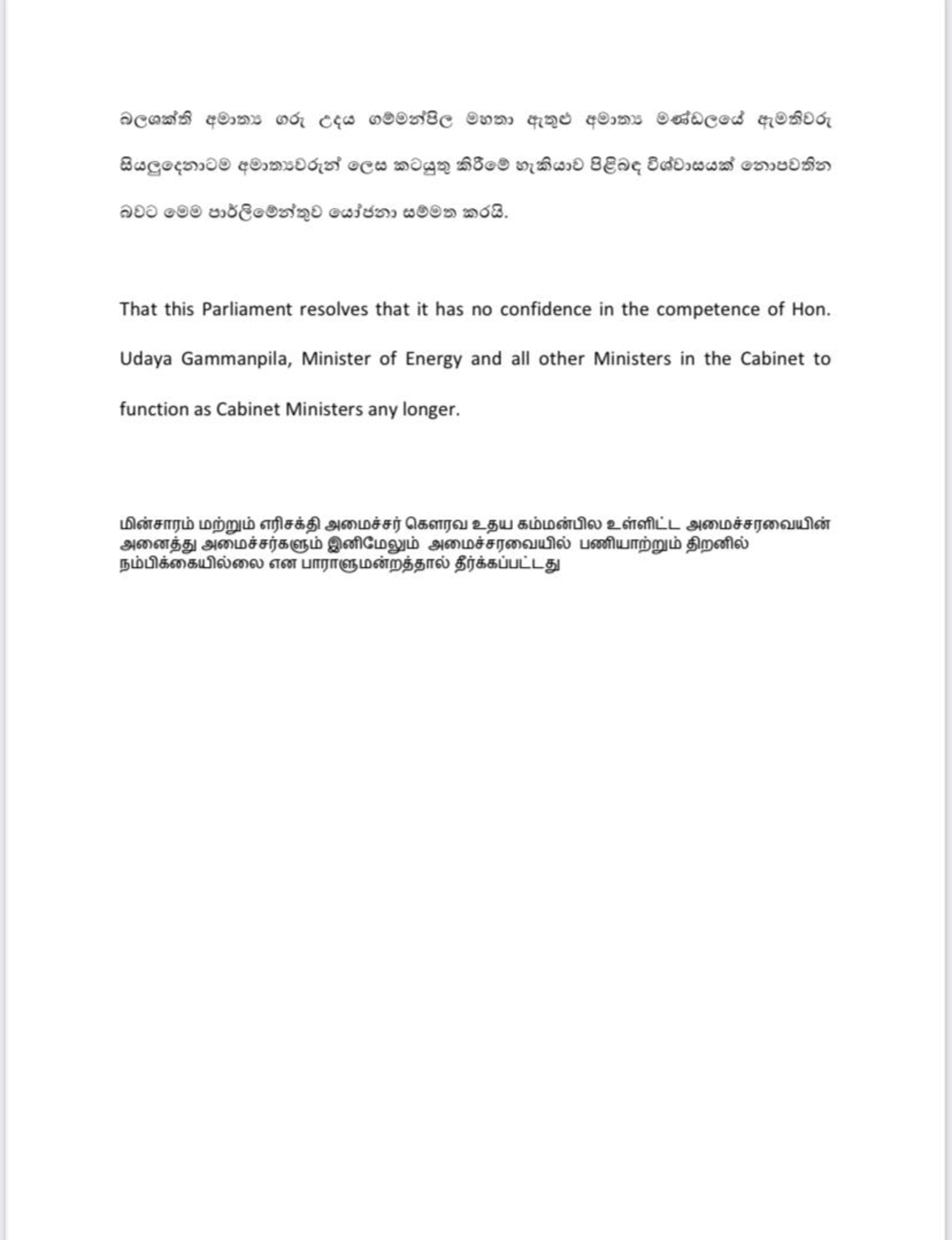