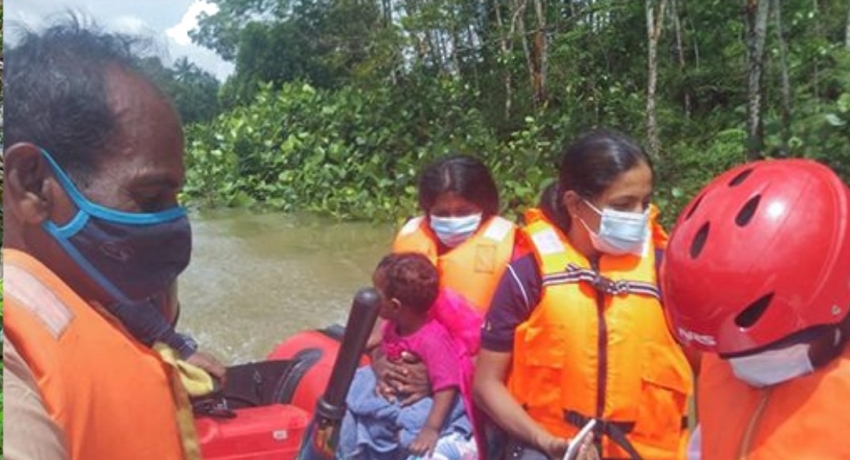 COLOMBO (News 1st) Sri Lanka Navy has deployed 33 relief tams in the Western, Southern, Sabaragamuwa and Northwestern Provinces to provide relief to the people affected by the floods caused by torrential rains.

By Saturday afternoon (05th June 2021), Navy relief teams have rescued to 66 more persons including children and women, affected by floods in several areas in the Gampaha and Kalutara districts and provided them relief measures.

Accordingly, Navy relief teams managed to rescue 61 persons including children and women affected by floods in the Ja-Ela area in the Gampaha District. In the same vein, naval personnel engaged in flood relief duties saved 05 more individuals victimized by floods in Bulathsinhala area in the Kalutara district. Upon being rescued all these 66 persons were accommodated in safer locations.

At this point in time, the Navy has sent out 33 teams to the flood-risk areas in the Gampaha, Kalutara, Colombo, Rathnapura, Galle, Matara and Puttalam districts, for flood relief operations. Moreover, 11 more Navy relief teams are kept on standby for deployment, as and when a need arises.