She received the 163rd Points of Light Award by Her Majesty the Queen in recognition of her exceptional service in supporting victims of gender-based violence.

The awards are made by Her Majesty the Queen, as Head of the Commonwealth, to thank inspirational volunteers across all the Commonwealth nations for the difference they are making in their communities.

The Commonwealth Points of Light award launched in April 2018 to coincide with the UK hosting the Commonwealth Heads of Government Meeting, in London. 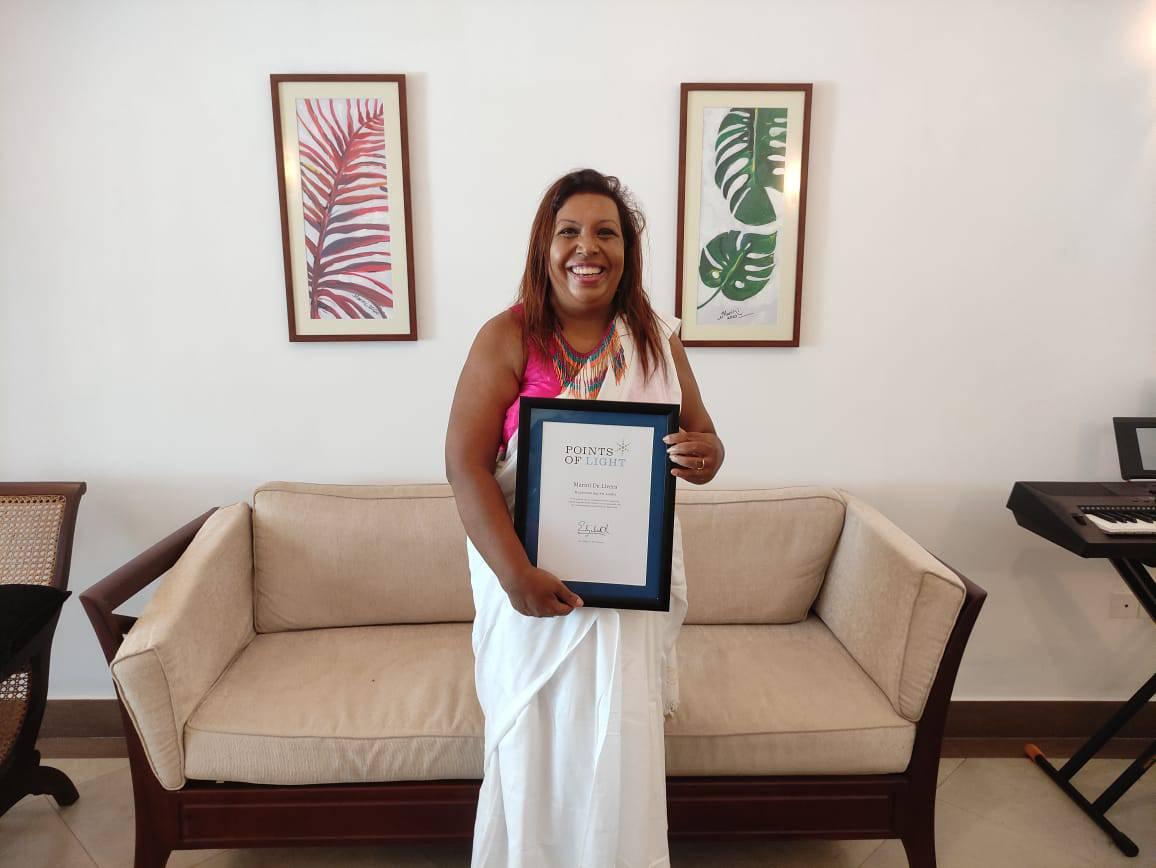