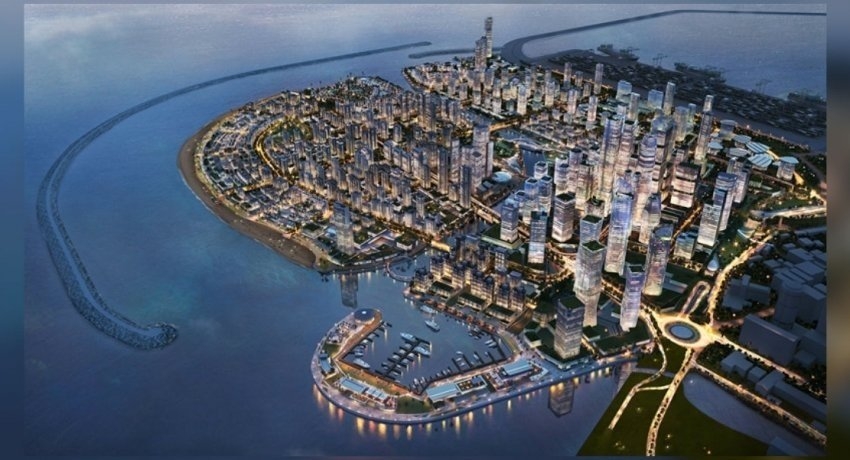 COLOMBO (News1st): While attention is being drawn towards the COVID-19 pandemic, matters concerning the Colombo Port City will reach a decisive point this week.

The debate on the Colombo Port City Economic Commission Bill will take place in Parliament in the coming days.

Factions opposing the Colombo Port City Economic Commission Bill have cited it as a threat to the country’s sovereignty.

This is in light of Section 71 of the bill, a Commission will be entrusted with the powers to impose regulations concerning the Port City.

When the bill was taken up in court, critics argued that the bill infringes the supreme authority of the Parliament.

They also pointed out that the Fund that would be established by the Commission will challenge the existing Consolidated Fund in the country.

The argument put forward by lawyers was that the bill violates the country’s sovereignty over financial matters.

Allowing the commission to accept foreign loans and capital into its Fund and paving the way for foreigners to be appointed to the Commission are two matters that are of concern to the country’s sovereignty.

Banks in Sri Lanka are controlled entirely under the Finance Act by the Monetary Board of the Central Bank.

However, the bill allows offshore banks and financial institutions to be established at the Colombo Port City.

Accordingly, arguments were put forward in court stating that this paves the way for money laundering as it surpasses the Finance Act and exchange control laws.

The Colombo Port City Economic Commission Bill also proposes to exempt the application of 14 acts that are currently enforced in the country.

This allows the provision of privileges and benefits.

In addition, the bill notes that seven enactments shall have no application within the Colombo Port City.

At present, foreign direct investments that can result in benefits to the country are brought in under the provisions of the Strategic Development Projects Act and the Board of Investment Act.

However, the bill proposes to exempt both these Acts from the Colombo Port City as well.

Further, the Municipal Councils Ordinance will also not be applicable to this area of Authority.

This bill which contains several serious provisions is to be taken up for a debate in Parliament on Wednesday.

The Supreme Court had not informed the Parliament of its determination on the bill even by this afternoon.

Against such a backdrop, various views were expressed in the political forum on the bill today.