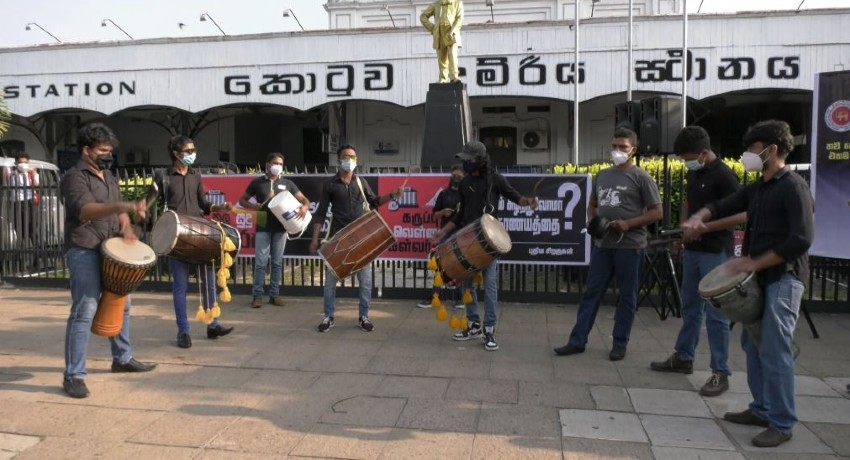 Colombo (News 1st); A Youth Movement demonstrated in Colombo on Thursday (01) raising the call for an untainted political culture in Sri Lanka and against the fraud and corruption committed by the present and former governments.

This demonstration was organized by the Aluth Piyapath Movement and Eranga Gunesekara, the Operations Committee Member of the movement said “The former government committed by the Central Bank Bond Scam, less than six months in office. The present government looted the treasury through the Sugar Scam.”

“We thought the present government would punish those responsible for the bond scam, but instead, they are hiding those involved in the sugar scam. The present and former governments are like two sides of the same coin. Ultimately, it is the people of this country who are deceived,” he said.