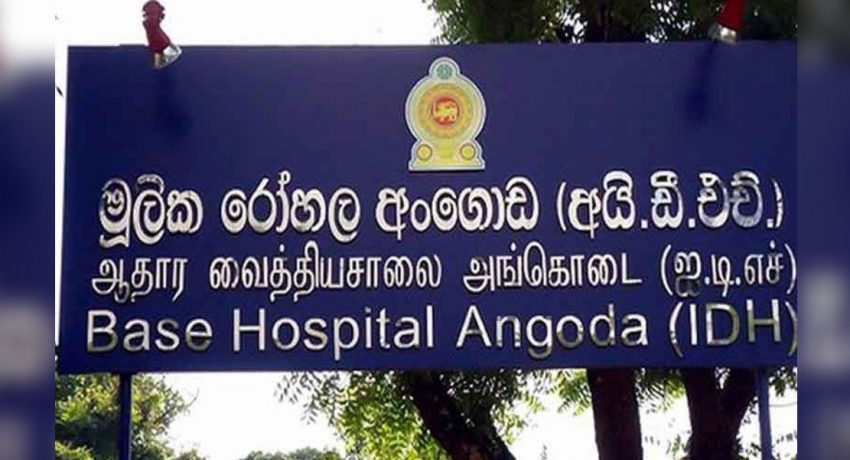 COLOMBO (News 1st): The COVID-19 infected woman who left the Infectious Disease Hospital in Colombo without authorization was located from Eheliyagoda on Saturday night (Nov. 21).

“She was located from a forest area in Hindurangala, Eheliyagoda by the Eheliyagoda Police, and she was transferred to a Treatment Facility,” Police Spokesperson, DIG Ajith Rohana said on Sunday (Nov. 22).

According to DIG Ajith Rohana, police officers are currently verifying the statement provided by the patient on her whereabouts upon leaving the hospital and tracing the contacts of the patient.

“The woman has provided a statement to police about her escape and how she arrived at Eheliyagoda from IDH. The Police are verifying the statement made by the COVID-19 positive individual and accordingly, further investigations are underway. We are going to trace the close contacts and the transport modes she used to travel to Eheliyagoda. The content of her statement is being analyzed at present with intelligence units,” the Police Spokesperson noted.

If anyone is found to have assisted her to leave the hospital violating the quarantine rules or provided accommodation to her who is a COVID-19 positive patient, legal action will be instituted against them as per the provisions of the quarantine regulations, DIG Ajith Rohana emphasized.

The 25-year-old resident of Eheliyagoda, who was arrested for an offence related to narcotics was placed in remand custody at the Kuruvita Prison with her 2 and a half-year-old son.

After the inmate was confirmed COVID-19 positive, while being remanded at the Kuruvita Prison, she was admitted to the IDH with her child, where she left the hospital without authorization.

The child and the father are also directed for quarantine.