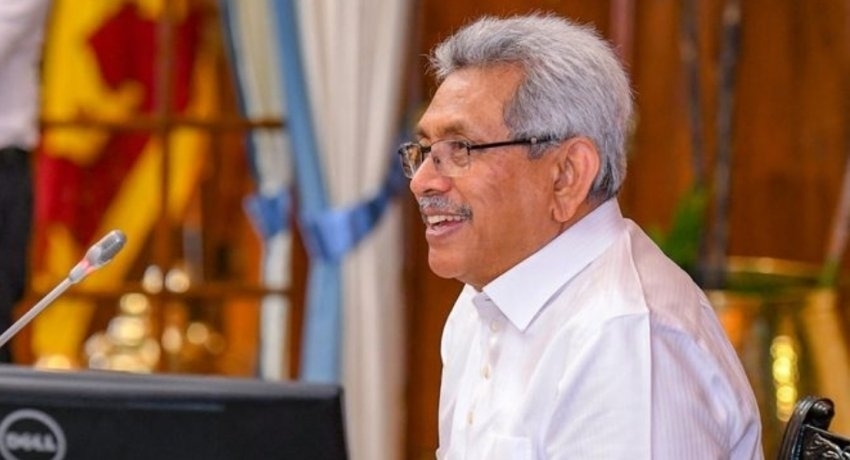 President marks 01 year in office; will address the nation on Wednesday

President marks 01 year in office; will address the nation on Wednesday

Colombo (News 1st); The special address to the nation by President Gotabaya Rajapaksa will be telecast at 8.30 pm on Wednesday over all television and radio channels.

Incidentally, the 18th of November 2020 marks one year since the President was elected to office.

Gotabaya Rajapaksa was elected as the 7th Executive President of the Democratic Socialist Republic of Sri Lanka following the Presidential Election held on 16th November 2019.

President Rajapaksa took his oath of office within the sacred precincts of the historic Ruvanvaliseya Stupa in Anuradhapura on 18th November 2019.

The past one year can be considered as a period where several social, economic, and political transformations were made by President Gotabaya Rajapaksa.

During this period, under the guidance of Gotabaya Rajapaksa, a number of important decisions for good governance as well as the common good were implemented and the President implemented a progressive program during his one year rule for an independent economic policy, common law for all as well as education and the future generations.

The role played by the President in strengthening the public service, a national economic policy that protects the local identity as well as religious and cultural revival is remarkable.

Gotabhaya Rajapaksa introduced immediate steps to protect the people in the face of the global epidemic of the Coronavirus.

Among the steps, he took during this period were the conversion of state media to independent institutions, eco-friendly campaigns, as well as the abolition of the military guard of honor at the commencement of parliamentary sessions during his tenure.

Among the programs implemented by the President is the program to provide employment to 50,000 graduates and 100,000 low-income earners, and the removal of import duties on essential items such as dhal, canned fish, onions, and sugar to reduce the cost of living.