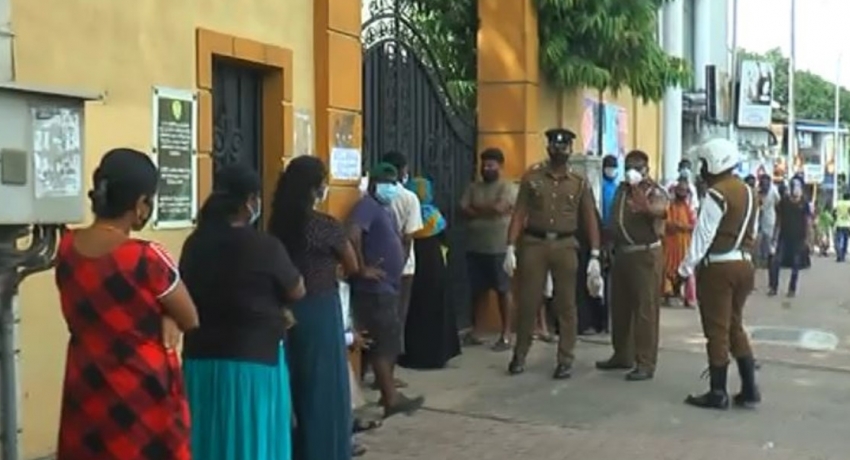 Many in Colombo outraged over the delay in providing relief

Many in Colombo outraged over the delay in providing relief

Colombo (News 1st); People affected by COVID-19 restrictions in the Colombo City voiced their protest on Tuesday (11) alleging they are yet to receive any form of relief from the government.

A large number of families living in the Mihijaya Sevana Housing Complex in the Grandpass police area stepped out of their home today accusing the government of failing to provide them with financial or material aid.

“We’ve been living like this for a month and yet, no one came here to look into our situation,” said one resident.

This protest was called off after local police intervene and assured their needs would be met.

Government Officers provided the Rs. 5000/- allowance to several families in Dematagoda on Tuesday (10), however, the people voiced their objection as sub-family units were told they were not entitled to the allowance.

“The officer claim only the breadwinner of the family is entitled to the allowance,” lamented on the resident.

The locals alleged they were in-line from 06:00 AM to receive the allowance and were enraged when they were forced to leave empty-handed.

The Thimbirigasyaya Divisional Secretary said the allowance is given to the people to make essential purchases and assured the sub-family units are also entitled to the allowance.