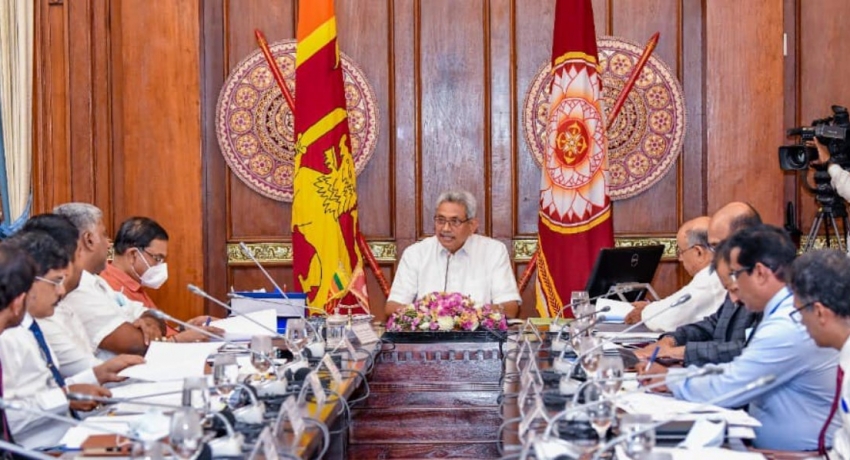 Colombo (News 1st); President Gotabaya Rajapaksa has instructed officials to complete the construction of ‘Terminal 02’ at the Bandaranaike International Airport before the end of 2023.

According to the President’s Media Division, construction of ‘Terminal 02’ began in 2014 and was expected to be completed by 2017.

Experts had opined due to delays in construction most of the segments in the original plan do not meet the present situation.

Economic Revival and Poverty Eradication Task Force Chairman Basil Rajapaksa speaking at the meeting to discuss future plans of the State Ministry of Civil Aviation and Export Zone Development on Wednesday (30) said ‘Terminal 02’ of the BIA should be developed to meet the technological requirements of 2023 as a ‘Smart Terminal’.

President Gotabaya Rajapaksa instructed officials to take advantage of the present situation where operations at the BIA are not at its full capacity and expedite construction by working 24/7.

The President’s Media Division said from January to September 2020 the Mattala International Airport had catered to 270 Aviation Operations and it benefited over 12,000 passengers.

At the meeting, it was proposed for SriLankan Airlines to commence operations from the Mattala International Airport with 07 regular flights per week.