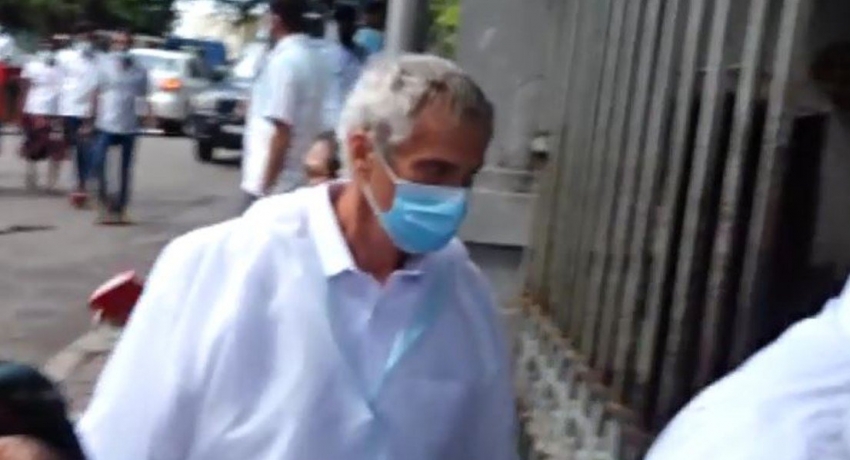 However, the Chief Magistrate issued an order preventing the MT New Diamond Captain from traveling overseas without permission from Court.

The order was also directed to the Controller General of Immigration and Emigration and the Director of the Criminal Investigations Department.

If the Captain of the Crude Oil Tanker is to change his accommodation, the court should be informed and the Colombo Chief Magistrate ordered Sterio Ilias to provide his complete assistance towards the investigations carried out by the CID.

When the matter was called up, Deputy Solicitor General Dileepa Peiris appearing for the Attorney General noted indictments will be filed with the High Court against the Captain of the MT New Diamond as per the provisions of the Marine Pollution Prevention Act.

Sterio Ilias is already named as a suspect in the case filed with the Colombo Chief Magistrate’s Court, he added and requested the court to remand the Captain of MT New Diamond.

The DSG said he is making such an application as there is a possibility of the Captain of the Crude Oil tanker to evade court before the Attorney General files a case with the High Court.

The Chief Magistrate pointed out the Captain of MT New Diamond is appeared on Monday (28) based on a summons issued by the court adding summons was issued with the objective of seeking assistance for the investigation and therefore, the Magistrate’s Court is not empowered to remand such a suspect.

The matter will be called up against on the 12th of October.