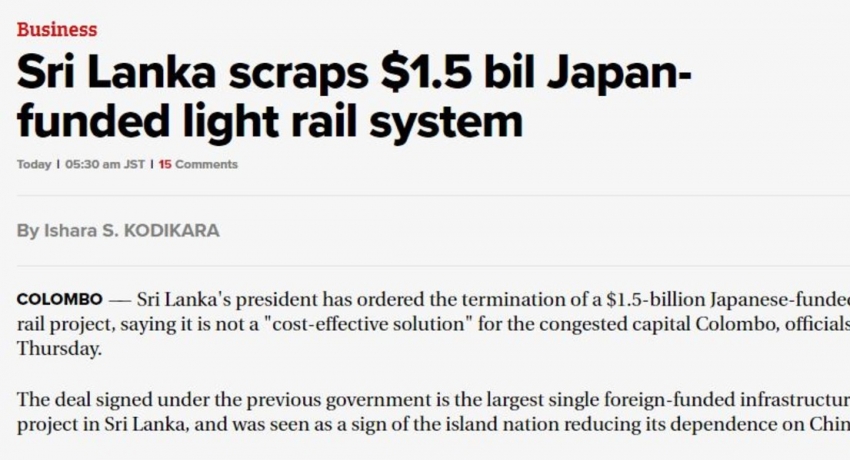 Colombo (News 1st);  The Japan Today website reported, Sri Lanka’s Government ordered the termination of a $1.5-billion Japanese-funded light rail project, saying it is not a “cost-effective solution” for the congested capital Colombo.

There was no immediate comment from the Japan International Cooperation Agency (JICA), which in March last year loaned 30 billion yen ($285 million) to finance the first phase of the Light Rail Transit (LRT), it added.

Japanese technology including rolling stock was to be used on the rail system, which included 16 stations over 15.7 kilometers.

The Japanese loan carries an interest rate of 0.1 percent and is repayable over 40 years with a 12-year grace period.

Japan has already funded sections of new expressways and a key bridge to reduce traffic congestion in and out of the capital.

The transport ministry is ordered to “terminate this project and close the project office with immediate effect”, top aide P.B. Jayasundara said in a letter to the ministry.