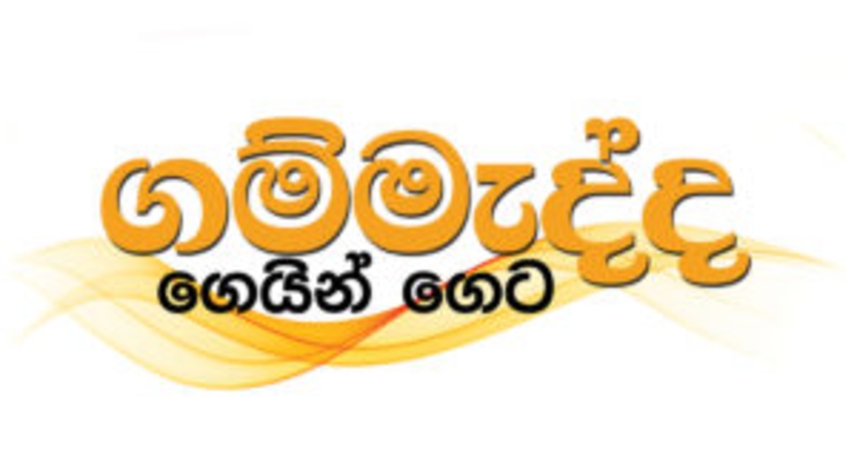 Colombo (News 1st); The 05th Edition of the Gammadda Door-to-Door initiative together with the University of Peradeniya will commence on Saturday (29) as multiple teams will walk the length & breadth of the country to document and highlight the issues faced by rural Sri Lanka.

Prior to the commencement of the program delegations from Gammadda and the University of Peradeniya called on the Mahayayake’s on Friday (28) to obtain blessings.

The heads of Gammadda and a delegation from the University of Peradeniya led by Vice Chancellor Professor Upul B. Dissanayake and Professor Thilak Bandara first called on the Mahanayake of the Malwathu Chapter, the Most Venerable Thibbatuwawe Sri Sumangala Thero.

Thereafter the delegation called on the Mahanayake of the Asgiriya Chapter, the Most Venerable Warakagoda Sri Gnanarathana Thero.

” The Sirasa Media Network had carried out a great deal of work for the betterment of the people. We have understood it is a network which remains with the people during both good times and bad,” said the Most Venerable Mahanayake adding ” We invoke blessings on the Sirasa Media Network for success in this endeavour. The Gammadda Door-to-Door program will be a great relief to the people.”

The Gammadda Door-to-Door initiative was born in 2016 and has been in operation across Sri Lanka ever since.

Gammadda had visited more than 30,000 villages in Sri Lanka, spoken to the people in those villages, documented their issues and released 04 comprehensive reports on the findings.

Since 2016, these reports mainly highlight the lack of access to clean drinking water and the human – elephant conflict as the main issue that impact the lives of rural Sri Lanka.

Based on the findings and the documented reports, the Gammadda Community upliftment projects were born across the country to bring relief to the people affected the most.

For these projects to be realized, the data collected via the Gammadda Door-to-Door initiative have proven to be of paramount importance.

The 05th Edition of the Gammadda Door-to-Door Initiative which will commence on Saturday (29) will cover all 25 districts of Sri Lanka.