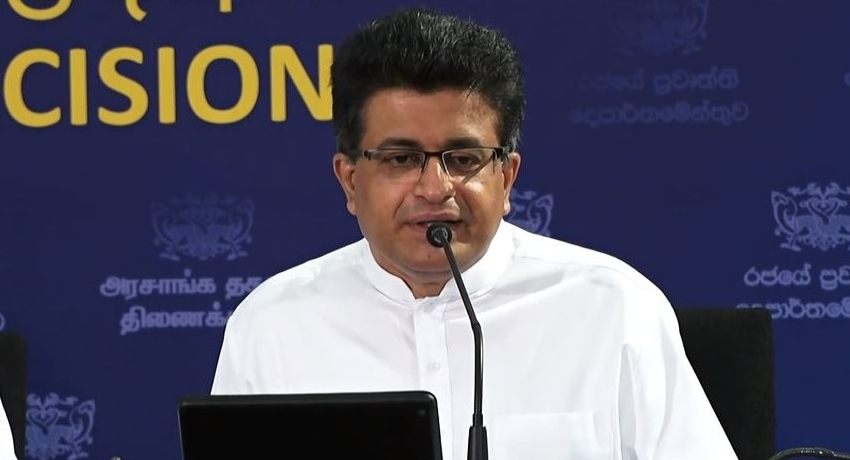 Colombo (News 1st); The Cabinet of Ministers granted its approval for the introduction of a simple yet accountable, efficient tax methodology so it would be a tailor-made application for all the stakeholders in the economy including commuters, workforce, entrepreneurs as well as taxpayers.

Joint Cabinet Spokesperson (Minister) Udaya Gammanpila speaking to reporters on Thursday (26) said the Cabinet of Ministers approved to table draft bills prepared by the Legal Draftsman in Parliament after publishing them in the government
gazette notification in order to revise the Nation-building tax act No. 09 of 2009, Economic services fees act No. 13 of 2006, Ports and aviation development tax act No. 18 of 2011 and Financial act No. 35 0f 2018.

The Government has taken precautionary measures to issue state finance and financial catalysis for all the stakeholders in the economy including low-income holders, entrepreneurs, micro, small and medium scale entrepreneurs, those engaged in tourism and the farmers in order to minimize the negative impacts caused to the production activities as well as the employments due to COVID – 19 pandemic, said a document released by the Department of Government Information.

Furthermore, the Cabinet of Ministers approved the proposal submitted to seek approval for directing the Legal Draftsman for the formulation of the drafts required for revising Inland Revenue act No. 24 of 2017 and the Value added tax act No. 14 of 2002.