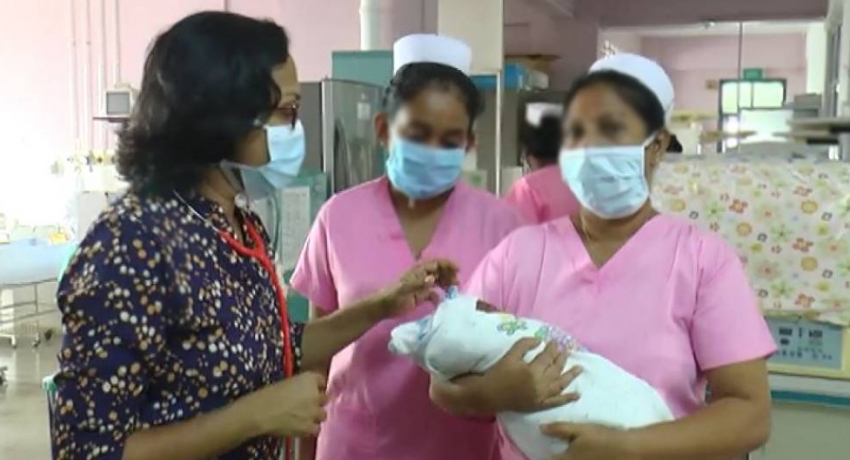 COLOMBO (News1st): A newborn baby was found near a temple in Colombo on Friday, police said.

“When I entered the (temple) premises, I saw a baby that had been left behind,” a person who spotted the baby told reporters.

Police recovered several items including a sandal and a cloth that was used to wrap the baby.

The baby was admitted the Lady Ridgeway Children’s Hospital in Colombo and is still under medical supervision.

“The infant is in good condition with an average weight of about 2.4 kilos,” Dr. G. Wijesuriya, the hospital director said.

“We hope to proceed on the advice of the court,”

The National Child Protection Authority (NCPA) has initiated a programme under which children below the age of one, whose parents find difficulty in raising, will be accepted by the government.

“During the past 42 months , 21 children under the age of one were killed in Sri Lanka. 21 other babies were left on the street,” Prof. Muditha Vidanapathirana, the NCPA chairman said.

He requested parents who have difficulty in raising such children to the nearest hospital.