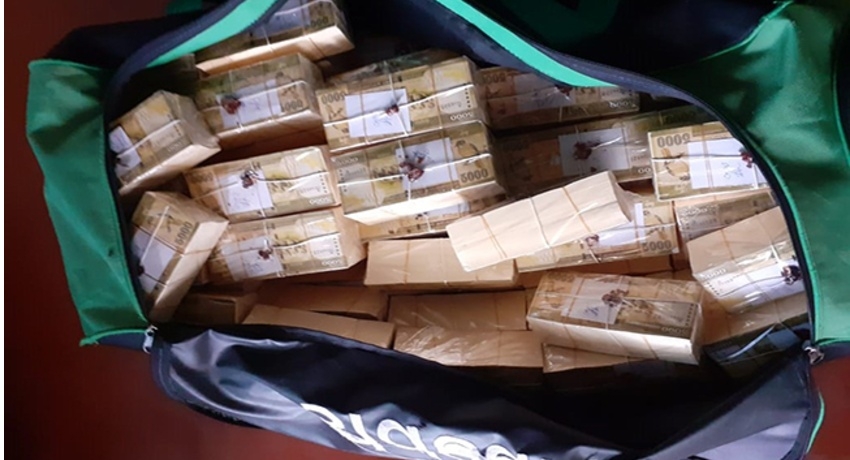 According to the STF, they were nabbed with 128 separate cash bundles packed with counterfeit Rs. 5000/- notes in a traveling bag.

Sri Lanka Police said counterfeit notes to the value of Rs. 01 Billion was discovered from the possession of the suspects aged 34, 36, and 42-years-old residents of Ja-Ela, Angoda, and Mulleriyawa.

The Ministry of Defence on its website said only one side of a currency note had been printed and two notes were arranged on both sides of each bundle to appear as Rs. 5,000 worth currency bundles.

The suspects were taken to the Mulleriyawa Police Station for interrogations and the vehicle used to transport counterfeit notes was also taken into police custody.

The suspects will be produced at the Hulftsdrop Magistrate Court on Tuesday (18), the Police said.