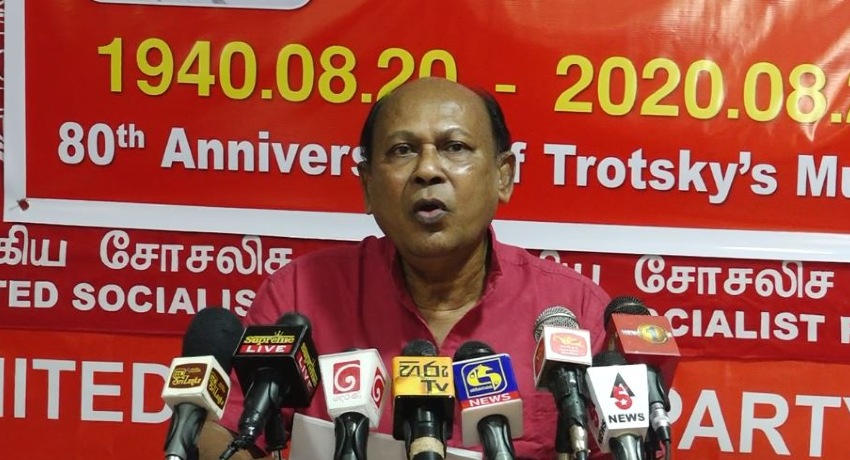 COLOMBO (News1st): The United Socialist Party has claimed that the swearing in of the cabinet and the Prime Minister is unconstitutional.

“We have a cabinet of ministers and a prime minister who did not take oaths as a member of parliament,” Siritunga Jayasuriya, the party general secretary said.

He pointed out that the president, who is defence minister, cannot hold a ministerial portfolio according to the current constitution.

“…they are further strengthening the executive powers of the president and paving the way for an autocratic system,” the pary secretary claimed.

He added that this situation is dangerous to the country.