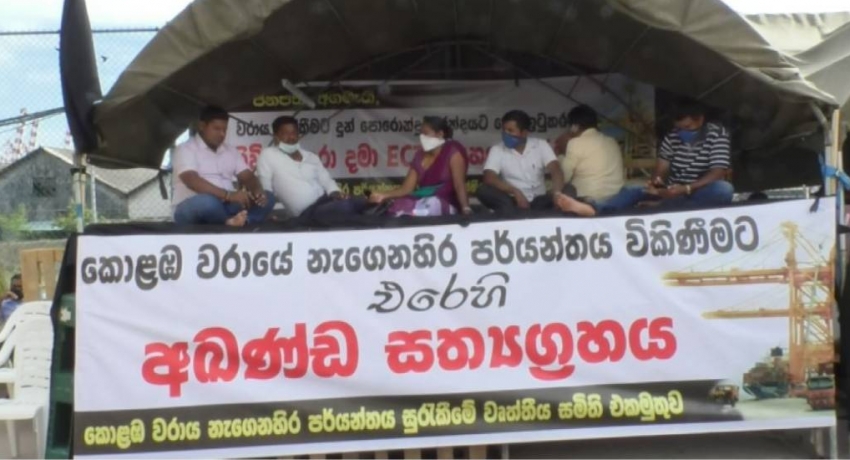 COLOMBO (News1st): Trade unions have urged the government to protect the Colombo Port’s East Container Terminal, as a hunger fast by port workers entered its second day on Thursday.

Port unions launched a hunger fast against the move to handover the East Container Terminal of the Colombo Port to foreign entities.

They urged that the Sri Lanka Ports Authority must have sole control over the terminal.

“We must clearly state that this is not a move against the government. Just stop selling national resources,” Prasanna Kalutharage, a unionist said.

Duminda Nagamuwa, a member of the Frontline Socialist Party urged the President and the Prime Minister to fulfill the mandate given to them at the presidential poll.

“They asked for the public mandate while promising to safeguard the resources of the country,” he pointed out.