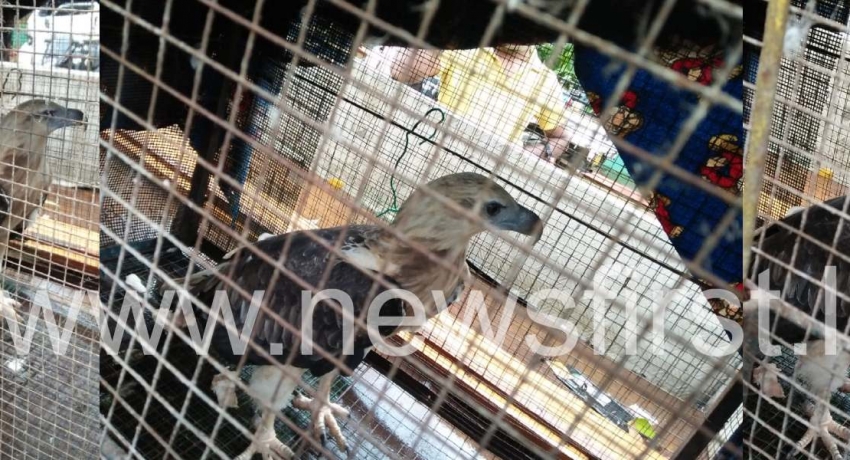 COLOMBO (News 1st): An eagle believed to be used by notorious underworld leader “Angoda Lokka” in his drug trafficking operations was seized by the Western Province Intelligence Unit of Sri Lanka Police in Meegoda.

Officers raided a farm and discovered an air-rifle, 10 bullets and the eagle.

The owner of the farm and another person were arrested and handed over to the Athurugiriya Police, said the Police Media Unit.

The suspects are aged 19 and 30, and the Athuruguruya Police is conducting investigations.

Sri Laka Police said it is conducting an investigation to determine what the eagle was used for by the suspects.