Colombo (News 1st); The weapons and ammunition discovered from underworld armoury in Pitipana, Homagama as well as the weapons which were missing from the premises and later recovered were handed over to the Government Analyst’s Department for examinations.

Sri Lanka Police said 11 T-56 Assault Rifles and 01 T-81 Assault Rifle, were first discovered from the business establishment which functioned as an armoury for the underworld.

Thereafter detectives managed to recover 03 more T-56 Assault Rifles as well other firearms, as it was reported originally there were 19 Assault Rifles and 07 of them were missing.

Sri Lanka Police said in addition to the assault rifles, over 750 rounds of T-56 Assault Rifle ammunition and explosive material were discovered, as detectives followed multiple leads in the investigation.

Sri Lanka Police said the objective of sending the weapons to the Government Analyst’s Department was to ascertain the serial numbers and to determine if they have been used.

However, investigations carried out by the Criminal Investigations Department revealed the serial numbers of the weapons were completely wiped-off.

04 people including a Police Constable driver are being interrogated by the Criminal Investigations Department on detention orders.

In late June, Sri Lanka Police said one person was arrested along with the 12 Assault Rifles in Pitipana, and said he is a member of an organized criminal gang and goes by the name “Potta Kapila”.

Detectives earlier added, “Potta Kapila” is the person who provided a get-away car to the criminals responsible for robbing a jewelry store in Matara in 2018, which resulted in the death of a police officer following a shoot-out between the criminals and Police. 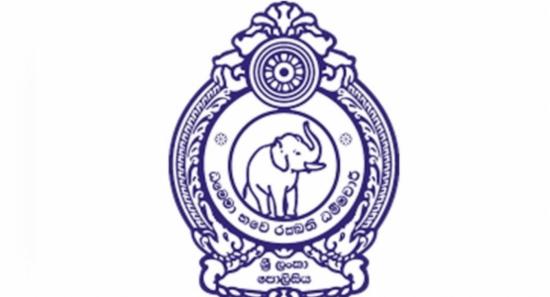