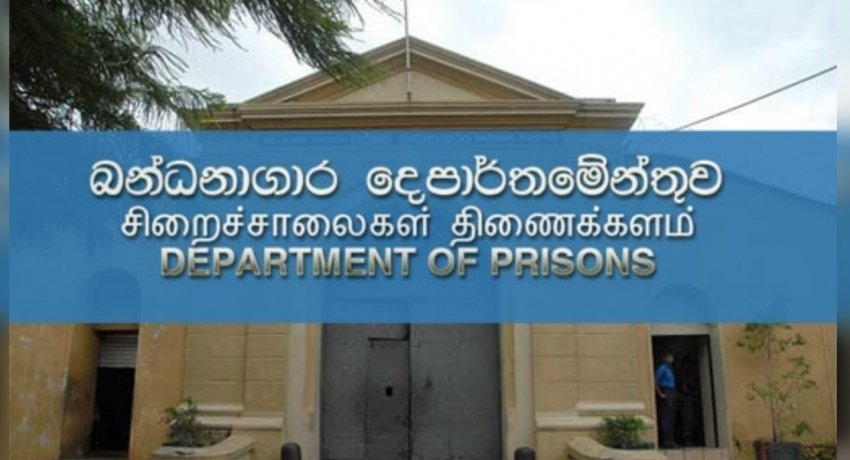 Commissioner-General of Prisons Thushara Upuldeniya speaking to News 1st said one Prison Officer attached to the Matara Prison made an attempt to provide a mobile phone to an inmate and he was suspended, while a complaint was filed with Sri Lanka Police.

The other Prison Officer who was interdicted was attached to the Mahara Prison.

The Commissioner-General of Prisons said investigations revealed the Prison Officer in question made multiple attempts to hand-over mobile phones to inmates.

A complaint was made against the Mahara Prison officer to Sri Lanka Police for onward actions.

The suspects were arrested in raids carried out by officers led by the Prison Superintendents of the respective prisons.

The strict measures come after strong warnings were given to the Department of Prisons by the Secretary of Defence and the Attorney General.

On Thursday, the 18th of June, Defence Secretary Maj. Gen. (Retd) Kamal Gunaratne warned Prison Officers a different form of action will be taken against any officer if they continue to commit offences.

He went on to note a clean and untainted prison system is required in the country and all inmates must be treated equally.

He said if officers continue to engage in wrongful acts, investigations will be launched, adding certain officers are already under the scope of the Criminal Investigations Department.

Then on Friday, the 19th of June, Attorney General Dappula De Livera speaking at the Center for Research and Training in Corrections of the Welikasa Prison said he would strictly enforce the law against any wrong-doer in the prison system, be it an inmate or a prison officer.

The Attorney General slammed the Department of Prisons for allowing the prison system to become a playground for criminals and criminal syndicates.

The Attorney General said there are corrupt officials in the prison system and they need to be rooted out in order to create an untainted justice system.