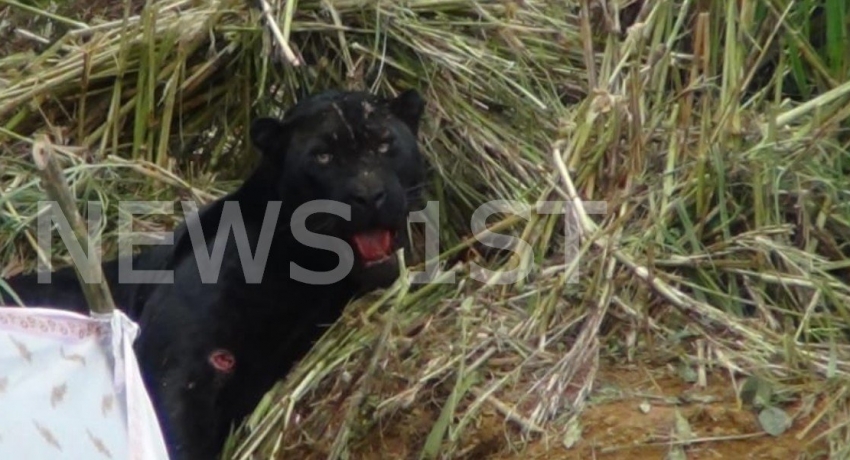 Colombo (News 1st); Sri Lanka Police on Wednesday arrested a man for setting up the snare in which a rare Black Leopard was trapped, in Nallathanniya on Tuesday.

The Black Leopard was tranquilized and taken away by wildlife officers on Tuesday afternoon for treatment.

The man who police suspect of setting up the snare will be produced in court.

One of the 8 sub-species of leopard found around the world, the Sri Lankan Leopard scientifically known as Panthera Pardus Kotiya is classified as endangered, with a 2015 estimate placing the population at between 700 and 950 individuals.

Black Leopard with the genetic anomaly which gives them their black fur, is an extremely rare sight.

It was believed until recently that there were no black Leopards amongst the leopard population in Sri Lanka.

Pictures of the animal were also captured on the 26th of October last year on motion capture cameras which had been placed in the area by the Department of Wildlife Conservation.

The Department announced on that day they were aware of an adult female, a male, and two cubs living in the same range as the black Leopard.