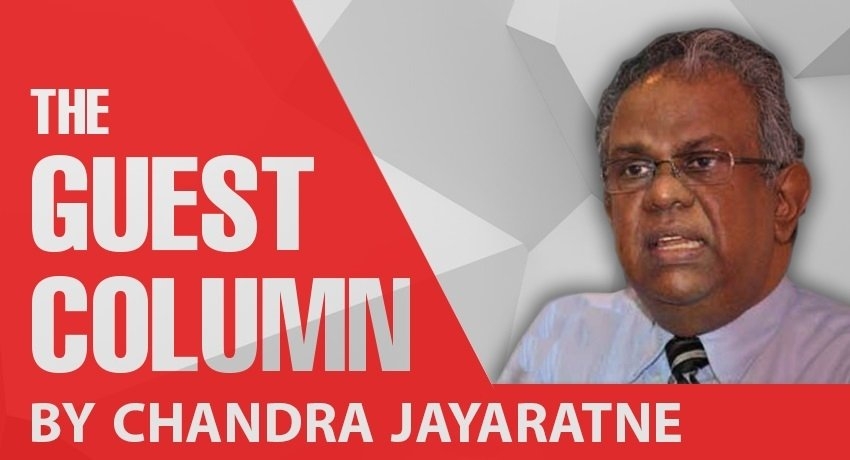 Can Elections Be held in August? When Will Normalcy Return?

Can Elections Be held in August? When Will Normalcy Return?

A journalist of a Sinhalese weekly asked “Can Elections be held in August? And How Many Months before Normalcy is reached?” Upon being questioned as to why he raised such issues, he said “politicians and political analysts believe that Elections have to be held before November the latest: and it is best if held by August and may even be deferred till November, in order to face elections with Normalcy Restored and its associated supportive mindset of citizens”.

The obvious response was that “the time period to realizing normalcy in health of citizens, their lives and livelihoods, productive capacity of the nation, internal and external markets for good and services, with normalcy in economic growth and macro stability, are at present all of unknown character and dates; and could only be guessed by unrealistic persons, as such normalcy predictions are merely guesstimates and dreams”.

The most two important questions which media and business should raise, and citizens should advocate for are in relation to the shape and form of LEADERSHIP IN GOVERNANCE AND EFFECTIVENESS OF GOVERNANCE.

THE FIRST RELATES TO ASSURING TRANSPARENCY, INTEGRITY, PROFESSIONALISM, BI-PARTISANSHIP, COMMITMENT TO PLACE THE INTERESTS OF THE NATION AND ITS PEOPLES FIRST, WHERE STRATEGIC, VISIONARY AND INSPIRATIONAL LEADERSHIP IS CAPABLE OF COLLECTIVELY WITH CITIZENS AND BUSINESS/ENTREPRENURS SUPPORT, ACHIEVING A BALANCED, CORRECTLY PRIORATISED AND RISK MITIGATED LONGER TERM OBJECTIES AS NATIONALLY AGREED; WHILST THE SECOND CRITERIA IS THE ESSENTIAL NEED FOR ECONOMY, EFFICIENCY AND EFFECTIVENESS OF THE GOVERNANCE SYSTEMS AND STRUCTURES AS A WHOLE WHICH ARE WELL KNIT, WITH DILIGENT PLANNING AND IMPLEMENTATION, DEPLOYING COURAGEOUS AND INSPIRATIONAL CHANGE MANAGEMENT PROCESSES EMBEDDING EQUITY AND PRIRATISED RESOURCE ALLOCATIONS.

“During World War II, Dwight D. Eisenhower took a cruise around the Isle of Capri. On seeing a large villa, he asked about it and learned that it was to be his quarters. He inquired about the neighboring villa as well, and learned that it would soon belong to Army Air Force General Carl Spaatz. Eisenhower said, ‘That’s not my villa and that’s not General Spaatz’s villa! None of these will belong to any general as long as I’m boss around here. This is supposed to be a center–for combat men–not a playground for the brass.’ Eisenhower was never one for setting himself apart. Raised on a farm in Kansas, Eisenhower kept set times for meals and bible study. During the war years, Eisenhower earned his five stars because he proved to be a diligent, effective leader who could think strategically. Eisenhower didn’t achieve his leadership successes because he was particularly charismatic or because he was a brilliant orator with sweeping visions. He was a leader because he was adept at maneuvering within political circles. He preferred to move agendas forward and get things done rather than advance his own ego. Leaders can learn from Eisenhower’s humility in five key ways: 1. Don’t take yourself seriously – Always take your job seriously, never yourself. His first priority was getting the job done. 2. A leader doesn’t simply order people around- Eisenhower believed that leadership didn’t come from barking orders or mandating action. At the core of this sentiment is the idea that leadership isn’t about simply pushing your own ideas. It is the art of getting someone else to do something you want done because he wants to do it. 3. Know that coalitions are vital – Eisenhower knew the value of patience, and that coalitions and political sway were necessary to accomplishing the mission. 4. There are smarter people out there -Eisenhower had the guts to admit he didn’t know everything. It made him humble and it’s why he became a successful leader. Eisenhower boosted morale not with inspirational speeches, but with simple, honest, straightforward conversations 6. Be cheerful – Eisenhower made it his business to be a positive, cheery, and upbeat. He knew optimism, like pessimism, was contagious. Eisenhower was a good leader because he knew how to be political and get things done while remaining humble and, more importantly, human”[1].

In pursuit of the above qualities, the Leadership must transparently and with integrity display their courage and commitment in these dark hours; show their personal commitment and willingness to sacrifice; and above all through effective communications motivate and promote citizens to believe in the visionary capability and accept and support the health management and economic governance plans developed placing the interests of the nation and its people first.

If a governance structures and systems consistent with above are in place without delay then there is a greater probability that normalcy will be realized in 2-3 years’ time.