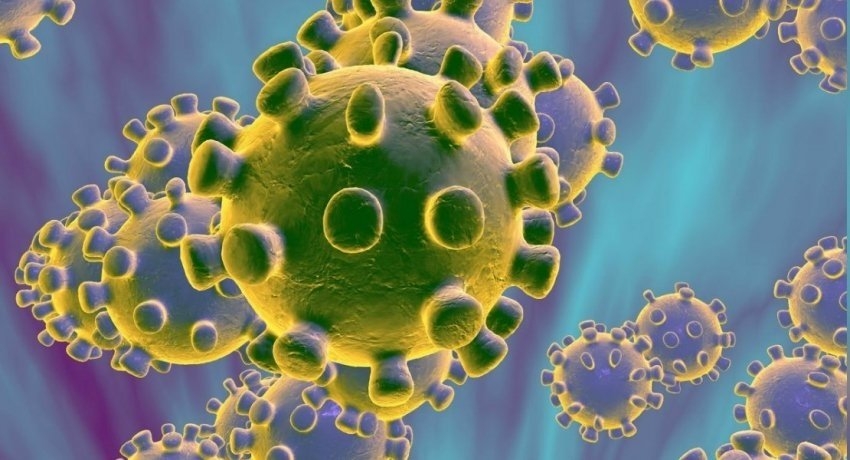 Colombo (News 1st): The Chinese woman diagnosed with Coronavirus in Sri Lanka is continuing to receive treatment at the National Institute of Infectious Diseases in Angoda. The Health Ministry said that the condition of the patient is not critical.

The Chinese woman aged 43 had been admitted to the IDH Hospital after developing high fever last Saturday (Jan 25). A blood test carried out on the patient showed that she had contracted Corona virus.

Question: How is the situation of the patient admitted at the IDH Hospital?

Dr. Anil Jayasinghe: I inquired about the patient. As of now, she is not in a critical condition.

Question: Is she showing positive signs of recovery?

Dr.AnilJayasinghe: We can say that the situation is positive and that she is being treated carefully. We have given antibiotics and taken other relevant steps. I made inquiries this morning. She is in good condition.

The SARS virus which belongs to the category of the Coronavirus affected 26 countries in 2003 while claiming around 700 lives. Professor Malik Peiris attached to the Microbiology Department of the Hong Kong University who introduced a treatment for the virus said that the Coronavirus is less severe when compared to the SARS virus.

“There is no tested medicine to cure the virus since it is new. However, there are other things which we can do. We can treat the respiratory disorders caused by the virus.  The patients can be treated by paying medical attention and care although there is no definite medicine. Testings are underway to identify a drug that can curb the virus. However, this cannot be done within a short time. It will take months or years to introduce this medicine. Although this virus is less severe than the SARS virus it is dangerous than the H1N1 influenza virus. Several teams including us are in the process of inventing devices that can detect the disease. We are paying attention to other factors as well. This includes the manner in which the virus spreads. We are carrying out tests to introduce a medicine that can be used to cure this disease.”

The Professor also expressed his views on the steps which need to be taken in order to curb the spread of the virus.

“Doctors should study the medical history of a patient showing symptoms of respiratory illnesses or pneumonia. If that patient has been in China for 14 days it could be suspected that the patient has contracted Coronavirus. Tests can be carried out on such patients afterward. Wearing a face mask will serve its purpose only if it is worn in an appropriate manner. There is no point in wearing several masks if they are worn in the wrong manner. A person must know how to wear, remove and store a mask. If the proper measures are not taken in this regard the situation could worsen. There is no need to spread panic as there is only one reported case in Sri Lanka. However, it is important to be vigilant.”

Meanwhile, it has been made compulsory for all passengers arriving in the island to complete the information form provided to them on arrival. Director-General of Health Services, Dr.Anil Jasinghe said, the itinerary of the visitors including their travel schedule, time frame and intended destinations of travel as well as lodging would be recorded.

Minister of Health Pavithradevi Wanniarachchi speaking regarding the epidemic noted that all Sri Lankan students who arrive in the country from the Chinese province of Wuhan will be moved to separate rooms in the Diyathalawa Camp. She added that they cannot provide accommodation at hospitals or hotels for all of them as they do not have the ability to build a hospital in 6 days. The Minister said that any person travelling from China to Sri Lanka must apply for a visa via the online portal and that they have instructed the Immigration and Emigration Department in this regard.

“At the Palaly Airport, passengers are tested by medical staff individually due to the low volume of passengers arriving at the airport. We already have a very strict process in place for those who arrive in the island on board ships. Instructions have been given to ensure all those on board will not leave the ship until a team of medical specialists enters the ship. The Ministry of Health added 11 more hospitals to facilitate the observation and treatment of suspected cases of the Corona virus. In addition to the Infectious Diseases Hospital, the Colombo North Hospital, Negombo Hospital, Gampaha Hospital, Kandy General Hospital, Karapitiya Teaching Hospital, Anuradhapura Teaching Hospital, Jaffna Teaching Hospital, Kurunegala Teaching Hospital, Ratnapura Provincial Hospital, Batticaloa Teaching Hospital, and the Badulla Provincial Hospital have been prepared to facilitate observation and treatment of suspected cases of the coronavirus. Any suspected case of the virus can visit the closest hospital and they will be treated in isolation. Though this virus is rapidly spreading, however, its virulence is not that high, which is somewhat a relief. We have provided all medical teams with personal protective equipment. A part of this was received from the World Health Organization, while the remaining were purchased externally. We have issued a gazette in this regard to all regional health inspectors.”

Visitors were temporarily restricted from entering the Bandaranaike International Airport from 6 am as a preventive measure against the spread of Coronavirus. Passengers arriving from China are being allowed to enter the country only through a special terminal.

The students had been based in the Chinese cities of Beijing, Guangzhou, and Shanghai.

State Minister Lakshman Yapa Abeywardena noted that the President has been commended immensely as the current government managed to repatriate the students at the earliest only next to the US. He added that arrangements have been made to bring down 860 students with a 50 per cent discount on airfares. He said that, at the same time, students based in cities that have barred entry for outsiders have been removed from those areas.

Meanwhile, the Department of Immigration and Emigration has decided to ban Chinese tourists from the Chinese cities of Wuhan, Huanggang, and Ezhou following the recent outbreak of the virus. This decision will be in effect from today.

The Immigration Department said that the applications of those applying for visas from 53 Chinese states in which at least five Coronavirus patients have been reported, will not be accepted, unless due to unavoidable circumstances.

This move follows the decision to suspend the issuance of on-arrival visas for Chinese tourists with effect from today. However, he noted that the permitted tourists will have to undergo a scanning process through a Red Channel at the Bandaranaike International Airport.

According to the revised regulations, Chinese citizens will have to apply for online visas before boarding their flights to Sri Lanka and these applications would be reviewed by the Department of Immigration and Emigration.

Following the first confirmed case of Coronavirus in Sri Lanka, a shortage of face-masks has arisen in the country, especially in urban areas. It is widely reported, a face mask is currently being sold at a price between 500 to 1000 rupees in Colombo and other key cities.

Many pharmacies have run out of stock and Government-run Osu Sala has limited the output of face masks as well. The National Medicine Regulatory Authority said steps were taken to import stocks immediately adding local producers were instructed to increase production as well.

An officer at the Ministry of Health noted that they held discussions with three, face mask manufacturing companies today. The officer said they requested them to increase production as much as possible, however, raw materials to manufacture the face masks are also imported from China, which might be an issue.

The General Secretary of the GMOA Dr Haritha Aluthge said that there is some sort of a mafia taking place with regard to certain medical equipment in the market. He said at present face masks are not available anywhere. He added that the general public has not been advised to wear face masks, and therefore, no one needs to worry about this situation.

Opposition Leader Sajith Premadasa in a statement has called on Parliament to convene immediately to discuss matters on the coronavirus, considering it as a very serious issue. Highlighting the fact, all must unite to protect the country irrespective of their party affiliations, Sajith Premadasa made 06 proposals to the House of Legislature.

He emphasized the Opposition is ready to take up responsibility and necessary intervention in this situation.

As an apology due to the rapid spread of Coronavirus in the city of Wuhan in China, Chu Shiang Wan has decided to resign from his duties as the Mayor of Wuhan city. He stated that the lockdown in effect for 10 million citizens has never occurred in the history of the country.

Meanwhile, more than 106 people have died due to the rapid spread of the virus while the number of infected people has surpassed 4500. Last night, residents of Wuhan city were seen singing songs and stated that they would not abandon the city regardless of the virus.

This is the first time that the residents have left their homes and gathered in the streets in such a manner since the spread of the virus. The first person to die from the virus was reported from Beijing city yesterday.

Taking into consideration the current situation, authorities have decided to keep all universities and schools shut down in lieu of the Chinese new year. Foreign media reported that the current travel bans have been further strengthened whilst its been made compulsory that certain cities have to use a face mask

Foreign media further states that most people who have passed away due to the illness are older people or those who have respiratory difficulties. Meanwhile, 18 Coronavirus patients have been reported from Hong Kong, Thailand, Australia, and Japan.