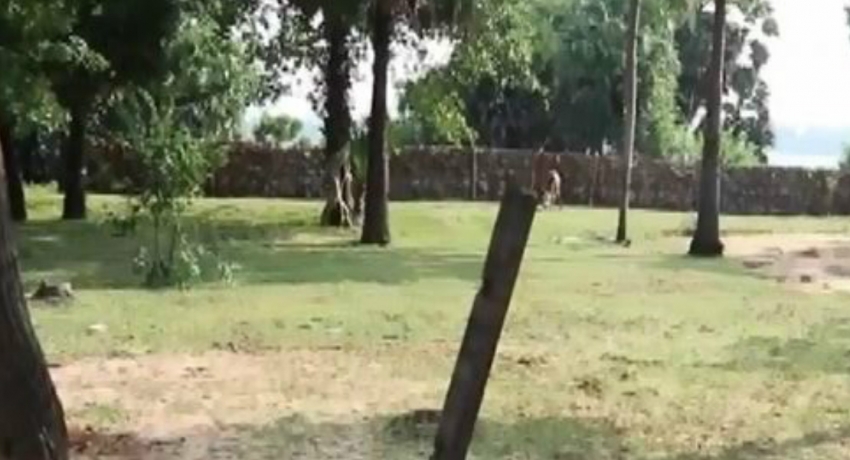 Land theft is taking place under the guise of development: Sajeewa Chamikara

Land theft is taking place under the guise of development: Sajeewa Chamikara

Colombo (News 1st): The Land and Agricultural Reform Movement held a conference in Colombo today (Jan 28), where a revelation about property theft was made. The Convener of the movement  Sajeewa Chamikara noted that the procedure followed to acquire land was practised after the end of the war. He said that five institutions are involved in the process.

Speaking regarding acquiring land that is to be declared as reserves he noted;

“These lands have been used by the people for a very long time. Then comes the acquisition of land for investment purposes. This process is overlooked by two institutions, one is the Mahaweli Authority, and the other is the Tourism Development Authority. A majority of land in the Mahaweli regions are given for the construction of solar power generation plants. The Tourism Development Authority has become the latest institution to steal land. The Kalpitiya area including 14 islands, was declared as a tourism zone. Many areas including Nilaweli, Kuchchaweli, the Eastern coastal line and several areas in the southern region have been declared in such a manner. Such land theft is taking place under the guise of development. Lands and properties which were occupied by Tamil comunities for a long time, were taken over by other communities after the war. They take over these properties before the original owners could claim them. There is a political agenda behind this as well. To date, 75,573 acres of land have fallen victim for this land theft. As a result, there are nearly 38,455 families displaced. At this point, 146,931 acres of land are due to be acquired from the general public. The first party responsible for this is the government. Then come investors. How can Singapore influence or pressurize us as investors? How can Gazelle Ventures acquire 62,500 acres of paddy land in Akiriyan for sugar cane cultivation? How are they trying to acquire 15,000 acres of land in Monaragala and Hambantota , adjacent to the Magampura port for the construction of Chinese factories>. Thereafter, these investors and the countries they represent will be influencers within the process. If we are to stop land theft, a change in government will not stabilize this process.”