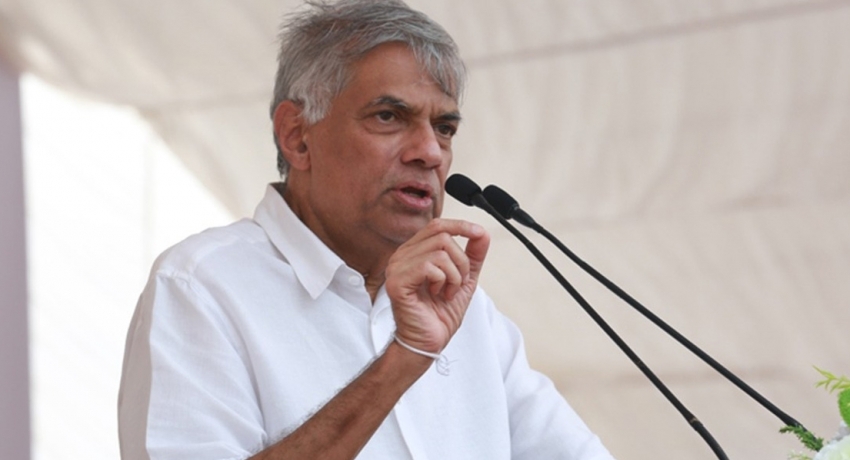 COLOMBO (News 1st) Several opinions were expressed today at the media briefing organised by the Prime Minister regarding the MCC agreement.

Journalist: There was an announcement stating the MCC agreement was given approval by the cabinet. Will it be signed before the election or after?

Prime Minister responded that it would be signed before the elections. He further said that Sri Lanka would receive an additional grant of US$ 400mn and stated that there was no reason to reject it.

This stand by the Prime Minister was criticized over the past few days, by the Podujana Peramuna.

Although more views in this regard were expressed by them today, there was no mention of any attempt by them to abolish the agreement.

“It is fair to say that the National Economic Council should review this US$ 480mn MCC grant and also reassess its conditions and other facts. What they did instead was, dissolve the council.

They kept that aside and presented the cabinet paper and got approval. This is a government which will only last another 13 days.

By doing so, they signalled to the West saying that they are ready to become puppets of Western entities and to please give them aid.”

“According to the information I received, a great debate had ensued at the Cabinet yesterday with the President on one side and everyone else in the cabinet, on the other.

The President had then given approval to it, based on certain conditions. My opinion is, this will not be done during the tenure of this government.

Maybe this was done to please America, in the hopes of obtaining some campaign funds for the UNP. However, under a government led by Gotabaya Rajapaksa, a decision will only be reached once a comprehensive review is carried out.”