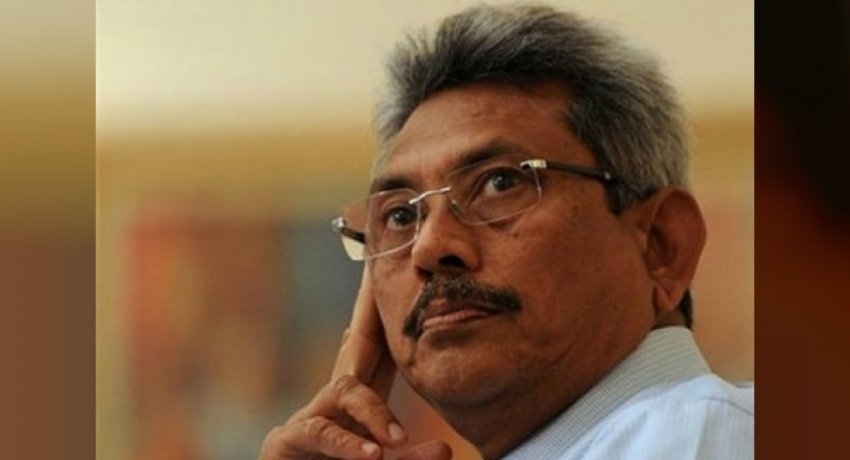 I will abolish the exam oriented education system : Gotabaya Rajapaksa

I will abolish the exam oriented education system : Gotabaya Rajapaksa

Gotabaya Rajapaksa was given a warm reception at the Public Rally held at the Ruwanwella public grounds.

“In the long term, we plan to abolish the exam centred education system that is currently in place and introduce a more student-friendly education system. We will nurture the student’s skills from a young age.

We will hold workshops for students. We have a clear plan to resolve the issue of unemployment of the youth. We faced many challenges and suceeded.

We are ready to face the challenges of today too. I provided leadership to end the war as the Defence Secretary together with the president. I served in the Army for 20 years.

I served as a Secretary. I have a great understanding of how the public sector works. We were able to develop the country with less political interference. We have to train the state sector employee.

We must also work on providing a sufficient salary for state sector employees and provide the required facilities. We promise to provide a transparent state service to you that will end fraud and corruption.”

Meanwhile, the Leader of the SLPP, Mahinda Rajapaksa addressed several gatherings held in the Nuwaraeliya District.

A gathering was held in Rikilagaskada and Mahinda Rajapaksa addressed the crowd:

To do anything at all, this country should be in one piece. If the country is divided there is no point in going any further.

The resources of this nation, the land of this country they all belong to you. The one’s who are born here, the people of this nation. What did they do to the airport, the port and the highways?

They sold it to foreign nations. They are readying their plans to sell other resources. They have stolen the birth right of generations to come. This is what this government did.

They open projects that we started, and at the opening ceremony, they get on stages and sling mud at us. We still listen to them. You need to understand this situation.

The SLFP and the SLPP have joined hands together and are conducting our election propaganda across the island. When we combine our votes, we are assured that we can have a majority of 70%.”

Another rally was conducted under the auspices of Leader of the SLPP, Mahinda Rajapaksa at Nildandahineh, Walapana where he said:

“Today as soon as I came, I was made a grandfather. You call me father or uncle. Today is an unforgettable day in my life. I believe that you must be rich after selling your pepper crops for Rs 1400 or 3000.

How much is pepper selling at these days? This is how much (he puts his hand up and shows 4)? Not even that. Farmers cant sell their pepper crops or nutmeg crops.

The reason that this situation has arisen in the country is because of the wrong decision we took back in November. As soon as this government came into power they cut down on the fertilizer aid.

They didn’t stop there. They stopped 100,000 acres of cultivation land saying that there was too much of crop. Where did they store all of that crop? At Matala airport.

They made another paddy storage facility in Jaffna. But the only thing that they can store there are seaplanes, as the area has been flooded.”