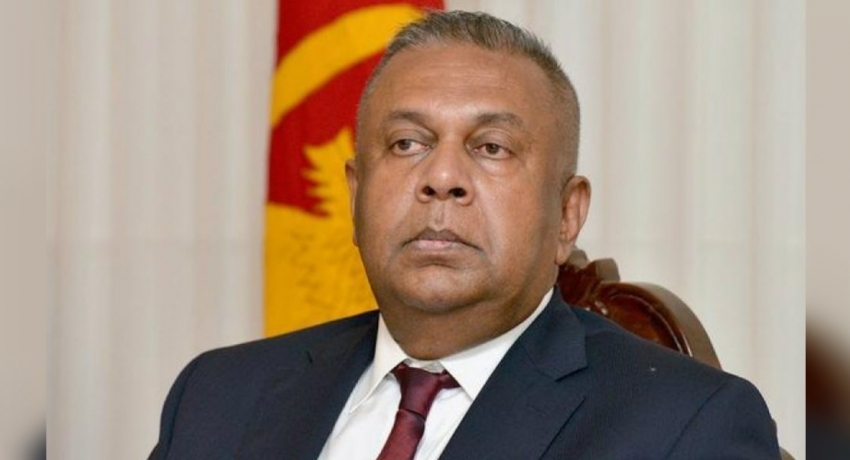 Vote on account for the first 4 months for 2020 presented today : Many tax benefits

Vote on account for the first 4 months for 2020 presented today : Many tax benefits

COLOMBO (News 1st) – A Vote on Account for the first 4 months of the year 2020 was presented in Parliament today (October 23), by Minister of Finance, Mangala Samaraweera. As per the Vote on Account, state expenditure for the first four months of 2020 is estimated to be Rs 1,470 bn. The estimated state revenue is Rs 745bn. The vote on account seeks parliamentary approval to obtain loans amounting to Rs 721bn.

“The definition of specified motor vehicles for the applicability of luxury tax will be amended to provide for the charging of the tax base on the type of vehicles instead of engine capacity and specify the exempt vehicle categories. Levy on foreign commercial transaction, levy on foreign commercial transactions will be charged at the rate of 3.5% on the credit/debit card payments made to purchase goods and services from outside Sri Lanka.

The date of implementation of the levy will be declared by the Minister by an order published in the gazette. The carbon tax which has been imposed under the Finance Act No. 35 of 2018 will be abolished effective from the 1st of December 2019.”

In order to facilitate 5G all across the country, many more towers are needed and therefore in order to assist the industry we are removing this tax completely.

In addition, the vote on account proposes that attached houses worth less than 25 million rupees, should exempt from VAT charge.

Minister Mangala Samaraweera also proposed that the payment of VAT should be made on the 25th of the following month from the due date VAT payment.

The VAT charged on products sold to the local market by BOI approved garment exporting companies, has also been increased from 75% to 100%.

Hotels with foreign currency transactions, palm oil, sea vessels and equipment used for sea sports will also be exempt from NBT. The finance minister also said the NBT charged on cigarettes will be removed.

Foreign investments of more than US$ 50 million, or of equivalent foreign currency value will be exempt from NBT.

The minister also made several proposals regarding concessions for state sector employees. The disaster relief loan limit provided to state employees will be increased from Rs 250,000 rupees to Rs 350,000. Interest charged on the loan has also been reduced from 4.2% to 3%.

The loan amount provided to state sector employees to purchase bicycles has also been increased by Rs 4,000, and interest charged has been reduced by 1.2% points.

“Last year, the constitutional crisis erupted just a few days before the budget was to be presented in parliament. The position of the prime minister was taken forcefully and even used my chair as the finance minister for 52 days. The complete budget for this year was only presented in April.

The manner in which our MPs acted inside parliament, how they splashed water on the speaker’s chair, how they broke microphones, will forever remain a black mark in parliament history. Those who did all of that now pledge to create a well-disciplined society.

They injected Rs 1000bn during the 52-day political turmoil to defend the depreciation of the rupee. The GDP growth also declined to 1.8% during the last quarter.

When the rupee depreciated during the political conspiracy, Bandula Gunewardena asked us, how do you defend the rupee depreciation? We faced the unfortunate attacks in April.  The entire economy suffered by this. However, during a short period, we were able to resolve all terrorist activities. That’s not all. We shouldered a huge debt stock.

Next year, we have approximately Rs 1 trillion foreign debt repayment. Who obtained these loans? The then minister of finance speaks so much about debt.

He reads out false statistics prepared by various factions. In 2010, Mahinda Rajapaksa obtained USD 1000mn at a high-interest rate of 7.4%. Our government has to repay this in 2020. 72% of the total external debt we repay was obtained by the previous government.

Presently there is no provision in the excise ordinance for the police officers to initiate proceedings before a magistrate against the offender on matters pertaining to illicit liquor.

Therefore it has resulted in the rapid increase in the trade and the consumption of illicit liquor in most parts of the country. Accordingly, section 35 and 52 of the excise ordinance will be amended to authorize police officers to take legal actions on matters pertaining to illicit liquor.

The piece base vat rate applicable to the domestic sale of certain garments by export-oriented BOI companies will be increased from Rs.75 to Rs.100.

Considering the request of the taxpayers the VAT payment date will be changed to the 20th day of the month following the month relevant to such payment. The VAT on the supply of unit price of each quadrennium housing unit project that does not exceed Rs 25mn all those below Rs 25 million will be exempted from VAT.

Exemption applicable to unprocessed gemstones will be granted on the approval of the National Gem and Jewellery Authority if the payment of such services is in foreign currency and remitted to Sri Lanka.