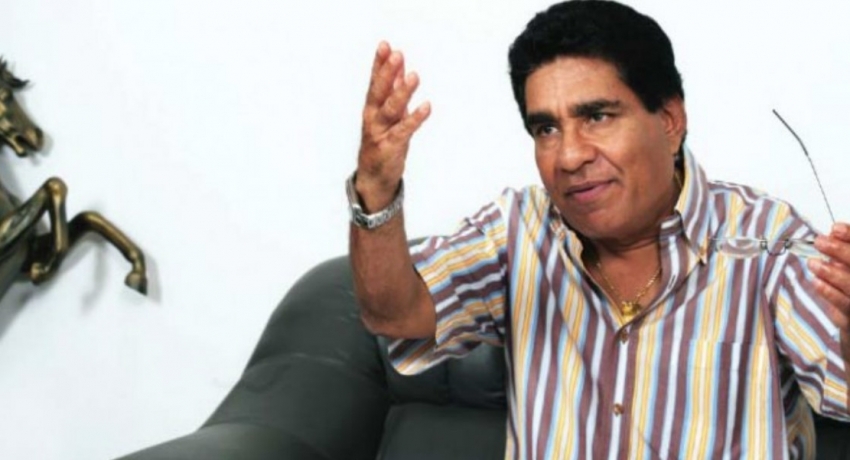 If Gotabaya Rajapaksa wins this will be a US state : Mervyn Silva

If Gotabaya Rajapaksa wins this will be a US state : Mervyn Silva

Question: Who are you going to work for this time?

Mervyn Silva responded that he would support UNP.

He stated that all those promises Gotabaya Rajapaksa provides could have been undertaken during Mahinda Rajapaksa’s 10-year government.

Question: You were in the same government. Why didn’t you raise this then?

He added that it was the exact reason he was not given nominations and his son and three others were taken to be killed. He added that fortunately enough they were rescued by Mahinda Rajapaksa.

Question: Who took them to kill then?

Question: This is a serious allegation

He responded that he is brave enough to take responsibility and stand by his allegations. He further added that he has evidence to prove them.

“I have lodged complaints at the CID, about the attempt made to kill my son. Who took him? It was based on the instructions of the second son of Mahinda Rajapaksa. The Defence Secretary knew it. He was saved and brought home from Odel because he fought against them” he added.

He went on to note that all the evidence was destroyed and no action was taken against them as they did not allow it to happen.

Question: Was it right to tie people to the trees?

Answer: I showed an example to the country.

He went on to note that Sirasa was set on fire by the Defence Secretary and Mahinda Rajapaksa’s government should be held responsible.

However former minister credited Mahinda Rajapaksa for his bold decisions during the war but added that all war heroes including Sarath Fonseka, the Police, Army and Civil Security Department worked on this together.

He went on to note that he will not become the President and if he does, he will have to sign the SOFA agreement leading to the arrival of US Military in the country.

He added that “If he becomes the President, this country will be an American state.”